There are eleven members of an extended family who have been found dead in a house in Delhi, India 10 of them hanging from the ceiling.The victims comprised seven women and four men. Their bodies were found in a two-storeyed house in Sant Nagar in north Delhi’s Burari’s area. 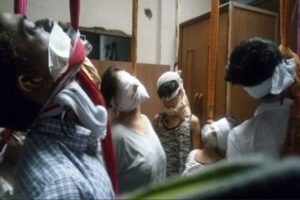 A woman in her 70s was the only one found lying on the floor. Most of the dead were blindfolded and gagged with their hands tied behind their backs.

The motive behind the deaths remains unclear and police have not ruled out murder. But they also released a statement saying they had found evidence of “mystical practices” by the family.

The full police statement refers to handwritten notes found in the house which pointed to “definite spiritual and mystical practices” that appear to have some links to the deaths. 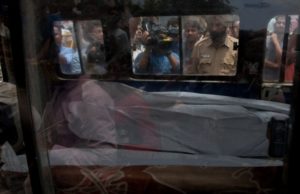 Police are still waiting for the results of the post-mortem examinations, questioning neighbours and examining CCTV footage of the area.

The family had lived in the Burari district of Delhi for more than 20 years, although they were originally from Rajasthan. They ran two shops on the ground floor of a three-storey building.The bodies were discovered by a neighbour when he went to buy milk on Sunday morning.

Neighbour Gurcharan Singh said, “When I entered the shop, all the doors were open and the bodies of all the people were hanging from the ceiling with their hands tied.” 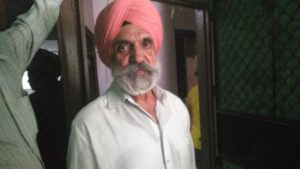 The dead are thought to include two brothers, their wives and children as well as the elderly woman. The family’s pet dog was found alive.

Residents of the area and relatives have told local media the family were happy and part of the local community.The incident has left the residents in shock.

At least 23 schoolchildren were among those killed Monday in northern India after their bus skidded off the road and plunged about 300 feet. The bus was ferrying the children home about 4 p.m. in […]