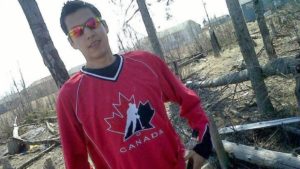 RCMP confirm Todd Norman Linklater, 27, fled the scene of the crash on Provincial Road 620 at about 10:30 p.m. on April 28, only to turn himself in to the detachment later.

He is also charged with failing to stay at the scene of an accident and impaired driving causing death with a blood-alcohol level over the legal limit, police said Monday.

The Nisichawayasihk Cree Nation has a population of about 4,200.

The trio of Keithan Lobster, 13, Mateo Moore-Spence, 11 and Terrence Spence, 11 were walking and biking “and exploring” when they were hit, said Nelson House Chief Marcel Moody. 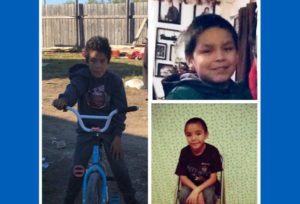 “The two boys, Matteo and Terrence, I knew them personally because they were really close friends of my grandchildren.”

Moody said he broke the news to his grandchildren over the phone in Winnipeg.

“I was as gentle as possible telling them they lost ‘their best bros’ – as they called them. They were always together whenever my grandchildren came back to Nelson House.”

Moody said Keithan had just moved back to the Cree community about 700 km north of Winnipeg.

The community is planning to gather at the scene of the accident Monday night for a memorial service, he added.

New immigrant in B.C. dies from injuries after being struck by SUV

Khushal Rana, a recent immigrant to Victoria has died from injuries sustained  after he was struck by an SUV while walking on a sidewalk on Wednesday. He died at Victoria General Hospital Saturday evening, according to a […]

Legislation to boost minimum wage to $15 in 2019 passed in Ontario.