On the night of Sunday, April 27, 2011, Kajla was traveling in his vehicle with his wife in the area of 68th Avenue and 128th Street in Surrey. A minor collision occurred between Kajla’s vehicle and a white SUV.

When Kajla got out of the vehicle and approached the other car, he was shot multiple times by a suspect who then fled the scene. 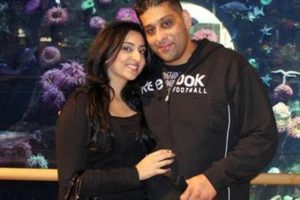 At 11:05 p.m., Surrey RCMP received a call that shots had been fired in the area.The suspect fled south along 128th Street in the SUV.

“This investigation determined this was a random act of violence,” said Supt. Ward Lymburner with the BC RCMP Major Crime Unit.

In a statement, the victim’s family said they have waited seven long years for this moment and they are relieved.

The statement read, “Only we know the unimaginable grief our family has been going through and the toll it has taken on every family member.”

If anyone has information that could further this investigation, they are asked to come forward and speak to the investigators. To leave a tip on the Provincial Unsolved Homicide Tip Line, call 1-877-543-4822.

City of Hamilton councillors are set to vote today on a motion to limit the number of payday loan outlets in the city, after accusations of “predatory” behaviour from activists. The radial separation legislation before […]

Serving the city since 1974, Brampton Transit is one of the fastest growing transit providers in Canada.It has been a very good year for Brampton Transit. Years of improvement has led to a forecasted 17 […]