A six-month-old baby was found dead today evening after being left inside a vehicle most of the day. First responders tried to revive the baby, but he was pronounced dead on the scene.

Police said the father forgot to drop the baby off at daycare before going to work. He only realized his mistake when he went to pick up the child around 5:30 p.m. 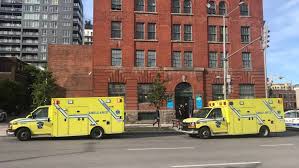 The temperatures had reached 25 C in Montreal at that point.

A call was made around 5:35 p.m. after the father showed up to his son’s daycare and daycare personnel informed him the child was not brought in that day.

Police say the baby was found nearby in the father’s vehicle at the intersection of Robert-Bourassa Boulevard and William Street.

Jean-Pierre Brabant, a spokesperson for Montreal police, “His first reaction was to go check in the vehicle and from there saw that his son of six months was unconscious.”

Brabant said the father had gone straight to work with his son in the backseat. The baby had been inside the vehicle since Friday morning.

The baby’s parents, who are in their 30s, were in shock and transported to hospital. First responders on the scene were also in shock, according to Brabant. Brabant described the situation as a tragic event.

Investigators are on the scene to determine what happened. They will also meet with the parents in the coming days.

Brabant said it is too early to know if any charges will be laid.

A homeowner in London, Ont. checking to see if his garbage had been picked up got a lot more than he bargained for Tuesday when he found a live WWI-era artillery shell lying next to […]

The Pink Truck Tour started on October 1 and Pumper 201 will be seen around the city for the next month, raising funds for the Canadian Breast Cancer Foundation. Pumper 201’s first official appearance was […]