Some members of Sikh community in Afghanistan is considering relocating to India after at least 13 of its members were killed in a terrorist attack in Jalalabad on Sunday, but another some wants to stay put. 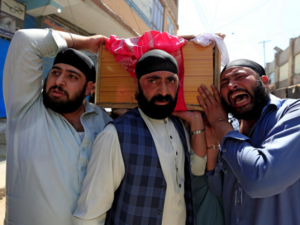 The Sikh community now numbers fewer than 300 families in Afghanistan, which was home to about 250,000 Sikhs and Hindus before the 1990s.

Few members of the community sought shelter at the Indian consulate in Jalalabad after the attack whose victims included Avtar Singh Khalsa, the only Sikh candidate for the parliamentary elections to be held in October, and Rawail Singh, a prominent community activist. 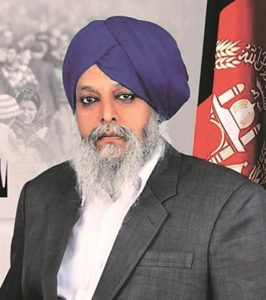 Vinay Kumar, India’s Ambassador to Afghanistan had earlier met the group of Sikhs who were targeted on Sunday, and the Indian government is helping organise the last rites of the Sikhs killed in the blast.

India has issued long-term visas to members of Afghanistan’s Sikh and Hindu communities and they can stay in India indefinitely. However, some mem of the Sikh community do not plan to leave, as they consider Afghanistan home.

Russia holds summit on how to stabilize Syria.

The leaders of Russia, Turkey and Iran met today to discuss ways to advance a political settlement in Syria as ISIS is nearing its defeat, while disparate Syrian opposition groups met in Saudi Arabia in a […]

A 14-year-old Sikh boy was punched and knocked down by his classmate in the Washington State with family calling it a hate crime. His father claimed that his son was targeted because he is of […]

Cuteness at its peak: Next Gerber baby will be a boy with Down syndrome

One-year-old Lucas Warren’s contagious smile won over executives at Gerber baby food who have made him their “spokesbaby” this year.  “Lucas’ winning smile and joyful expression won our hearts this year, and we are all […]