Ukrainian forces said on Thursday that they had repulsed a Russian attack in the southern region of Kherson, while Kremlin forces shelled Kharkiv in Ukraine’s north, killing seven people as the nearly six-month war continues with no end in sight.

In addition to addressing the threat to world food supply and the potential for a catastrophe at Europe’s largest nuclear power station, which Russian soldiers have taken control of, they will talk about finding a political solution to the dispute with Russia.

The war has driven millions of people from their homes, claimed thousands of lives, and widened the geopolitical chasm between the West and Russia, whose stated objectives are the demilitarisation of its neighbour and the protection of Russian-speaking populations.

Oleksiy Arestovych, a presidential adviser for Ukraine, claimed in a video that since last month “Russian forces have only accomplished small progress, while in certain situations we have advanced.” We are experiencing a “strategic deadlock”.

Seven people were killed and 16 were injured by Russian bombardments in a Kharkiv residential area on Wednesday evening, according to the Ukrainian Emergencies Service.

Zelenskiy posted on the Telegram chat service, “This is a sneaky and opportunistic strike on civilians with no reason.”

According to Ukrainian military expert Oleh Zhdanov, Ukrainian forces in the south routed a Russian force’s effort to advance towards the village of Bilohirka, northeast of Kherson.

In addition to destroying artillery, armoured vehicles, and a military supply depot, the south district of the Operational Command of the Ukrainian armed forces reported that 29 “occupiers” were also killed by Ukrainian forces. 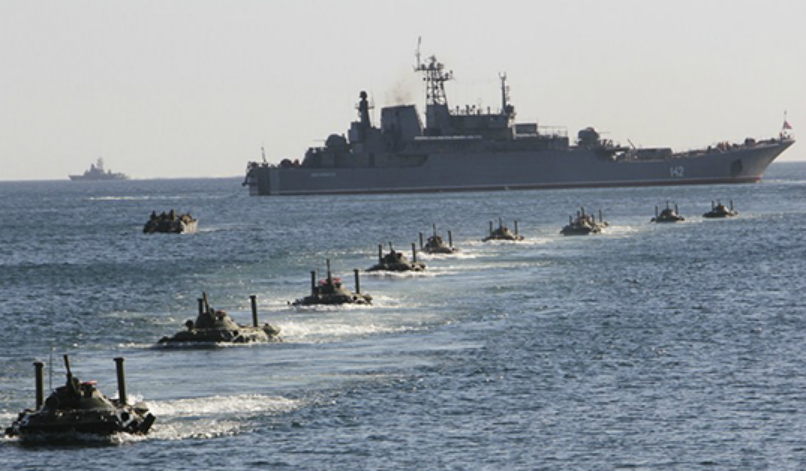 On August 24, the six-month anniversary of Russia’s invasion, the U.S., Albania, France, Ireland, Norway, and Britain have requested a meeting of the U.N. Security Council to review the effects of the war in Ukraine.

In the past week, there have been several explosions at military installations and ammunition storage facilities in Crimea, the Black Sea peninsula that Russia annexed in 2014. This suggests a change in the conflict, with Ukraine now possibly being able to strike deeper into Russian-occupied territory.
Moscow has attributed the bombings to saboteurs, while Ukraine has not formally taken responsibility but has made hints in that direction.

According to a statement from Ukrainian military intelligence, Russian forces urgently relocated some of their aircraft further into the peninsula and to airfields inside Russia after the most recent explosions in Crimea.

According to sources reported by the Russian news agency RIA on Wednesday, Viktor Sokolov has taken over as commander of the country’s Black Sea fleet from Igor Osipov.

In a war where Russia has sustained significant casualties in personnel and material, the action, if confirmed, would be one of the most visible removals of a military official till date.

Russian President Vladimir Putin’s invasion of Ukraine, which Moscow refers to as a “special military operation,” began on February 24. Since then, the Black Sea Fleet, which has a storied past in Russia, has been humiliated numerous times.

For Russian forces in southern Ukraine, where Kyiv plans to launch a counteroffensive in the coming weeks, Crimea serves as their primary supply line.

Since the commencement of the conflict, the Black Sea Fleet has also blockaded Ukraine’s ports, trapping crucial grain exports that are just now beginning to move again and driving up food costs worldwide.

In order to get rid of the 18 million tonnes of grain that were left over from the harvest of last year and start selling new harvests, the government in Kyiv has stated that it intends to expand the monthly volume of maritime exports to 3 million tonnes soon.