Seattle-based e-commerce company, Amazon is going to open a new fulfillment centre in Caledon, Ont. to pick, pack and ship books, electronics and toys.The company says the centre will create more than 800 full-time jobs.The one-million square foot centre will be Amazon’s sixth facility in Ontario and ninth in Canada. 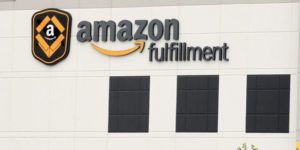 The centre is expected to be built by the end of 2019 and, along with its future Ottawa facility, will bring more than 1,400 jobs to the province.The announcement came as Amazon is hunting for a home for its second North American headquarters, dubbed HQ2.

Toronto is the lone Canadian city still in contention to house the headquarters, whose location the company said it will announce sometime this year.

City of Surrey and Statistics Canada have launched a pilot project intended to better understand and help those at the heart of the growing opioid crisis. There is a broad range of people who suffer […]

A malfunction in the new national public alert system for mobile devices affected the entire province of Quebec today while in Ontario the test warning messages appeared to be hit and miss. Shortly after the […]

Health Canada recently posted about the significance of maintaining good ORAL Health Oral health is not only important to our appearance and sense of well-being, but also to your overall health. Cavities and gum disease […]