The most valuable brand is now billionaire Jeff Bezos’ online retailer Amazon, surpassing Apple from the previous year. Amazon took first place despite a 15% decline in brand value this year, from $350.3 billion to $299.3 billion. Only one Indian company, Tata Group, reached the list of the top 100 most valuable businesses.

Despite regaining the top spot, Amazon’s brand worth has decreased by almost $50 billion this year, and its grade has dropped from AAA+ to AAA, according to Brand Finance’s Global 500 2023 list. Delivery times have increased while customer service quality at Amazon has decreased. 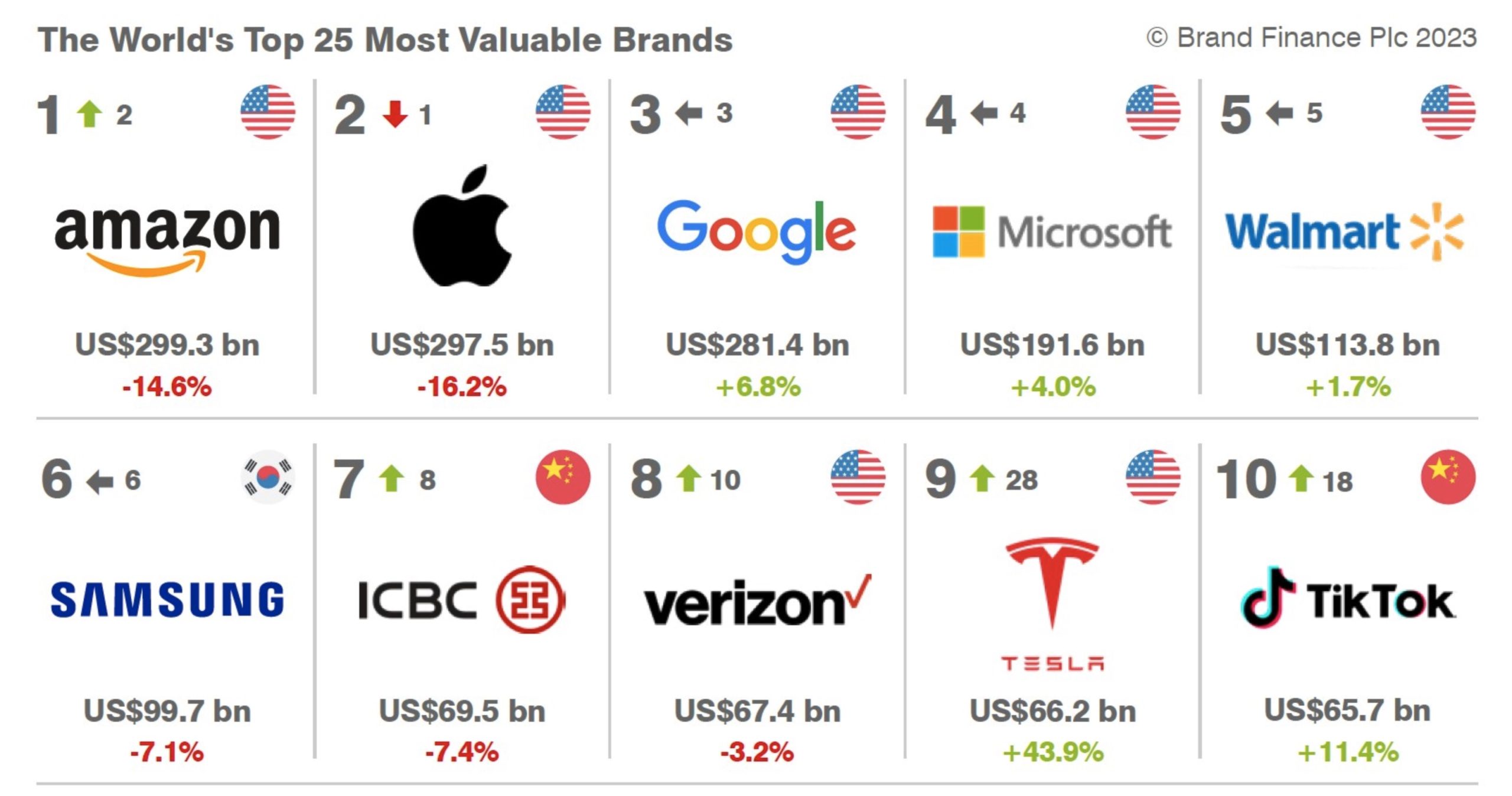 Thus, according to a survey by Brand Finance’s brand valuation consultant, people are now less likely to suggest Amazon to others.

The maker of the iPhone, Apple, dropped to the number two spot and was named the second most valuable brand in the world (brand value decreased 16% to $297.5 billion from $355.1 billion).

The drop in brand value this year is due to a drop in projected revenue, with supply chain disruptions and a tight labor market likely to limit the supply of its signature hardware goods.

In total, 48 tech businesses were included in the ranking, which is two fewer than the previous 50 ranked in 2022. This is following the withdrawal of Snapchat and Twitter.