An Indian court has sentenced self-proclaimed Indian spiritual guru Asaram Bapu to life imprisonment for raping a 16-year-old girl in 2013.

Asaram Bapu was convicted of the 2013 attack on the girl, a devotee at his ashram in Jodhpur, by a court in the city’s jail. He is expected to appeal.The guru, who is 77, has 400 ashrams around the world where he teaches meditation and yoga. 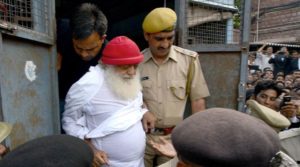 He is also on trial in another rape case in western Gujarat state.

Two of the guru’s aides were also convicted and given 20-year jail terms. Two more were acquitted. 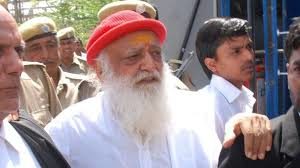 Asaram was arrested in 2013 after a case of sexual assault was filed against him by two of his followers, who alleged that he had assaulted their daughter.

Police say that the couple, who had sent the girl to one of his ashrams for spiritual lessons, were summoned to see her as she was “under the influence of some supernatural ghostly powers”.

They were then told to take their daughter to Jodhpur to meet the guru.

The family reached the Jodhpur ashram on 14 August. The following night, Asaram called the victim to his room on the pretext of “curing” her. He then raped the victim while her parents waited outside chanting his prayers.

Police say the guru forced the victim to perform sexual acts on him and threatened to murder her family if she spoke about the incident.

The victim told her parents what had happened the following day. They tried to confront Asaram, but were refused entry to his ashrams.

A video of an infant smoking a small cigar set off outrage on social media that helped North Carolina authorities identify and arrest the mother. A version of the video that’s received 1.5 million views […]