The Quebec government has released its guidelines on how it will assess requests for religious accommodation under Bill 62, the law concerning face coverings and use of public services.

The section of the law governing face coverings bans people wearing a covering such as a niqab or burka from using a city bus, attending a public school at any level of education or attending a medical appointment for themselves or someone else. 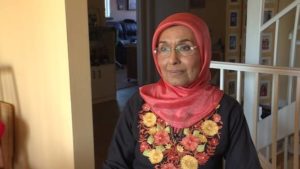 However, in December, a Quebec Superior Court put that part of the law on hold until the government adopted guidelines dictating how the restrictions on face coverings would work in practice.

Quebec Justice Minister Stéphanie Vallée said at the time that the government was open to allowing religious accommodation for people who wore face coverings for religious reasons. 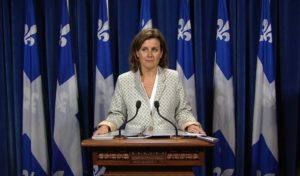 On Wednesday, Vallée said that each case must be considered on an individual basis, but  she outlined what a successful request would include in order to be granted.

Vallée added, “Each request needs to be taken in its own context.The guidelines don’t outline what is acceptable or what is not acceptable. The guidelines provide a rubric that will help an organization that receives a request to determine if they should grant the accommodation or not.”

Students from PEI design solutions for clean water in Kenya.

Engineering students at University of Prince Edward Island are bringing their learning to life with two projects aimed at making a difference in the lives of people in Kenya. The two projects by the engineering […]