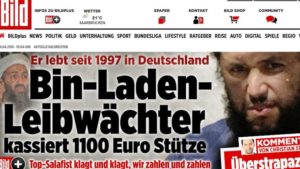 Sami A lives with a German wife and four children in the city of Bochum, in western Germany.

After obtaining a temporary residence permit in Germany in 1999 he took several technology courses and moved to the city in 2005.

His asylum application was rejected in 2007 because the authorities had listed him as a security risk. He has to report daily at a police station. 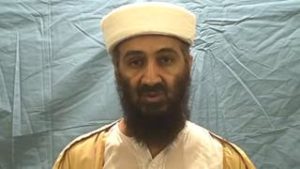 The figure was revealed by a regional government, after the far-right Alternative for Germany (AfD) asked about the man, known as Sami A. 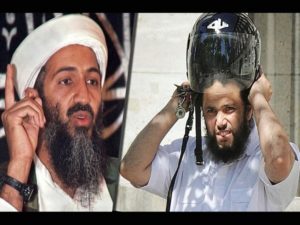 German media have not reported the man’s full name for privacy reasons.

He denies jihadist links. Deportation to Tunisia was ruled out because of fears that he could be tortured there.

Bin Laden ran the al-Qaeda jihadist network and approved the devastating 9/11 terror attacks on the US in 2001. He was shot dead by US special forces in Pakistan in 2011.

At least three of the 9/11 suicide pilots were members of an al-Qaeda cell based in Hamburg, northern Germany.

According to witness testimony from a German anti-terror trial in 2005, Sami A served for several months in 2000 as one of Bin Laden’s bodyguards in Afghanistan. He denies that, but judges in Düsseldorf believed the witness.

Sami A was investigated for alleged al-Qaeda links in 2006, but he was not charged.

The Bangladesh Police have detained around 50 people in connection with arson attacks on the homes of Hindu community over a Facebook post. Before the police intervened, the aggressors had set fire to at least […]