A maintenance worker at the CORE Shopping Centre in Calgary discovered a man’s body inside a washroom wall. 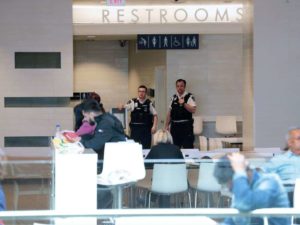 Investigators are looking into the discovery, but have not yet indicated whether the death is suspicious.

Spokeswoman Emma Poole said a worker was called Monday morning to fix a toilet that wouldn’t flush in a women’s washroom in the downtown mall.

She said, “If you were to look at the toilet, there’s a panel behind it so that when people move it would automatically flush.When they removed that panel, they found a deceased person behind that wall.” 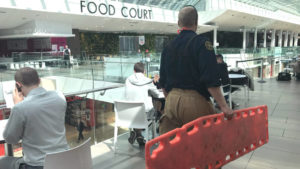 Police said, “Despite the circumstances of where the body was located, investigators do not suspect foul play and the death remains classified as undetermined.”

Poole said it’s possible someone crawling through a vent or duct fell from above and got stuck in the wall.