Charan Kaur, the mother of Moose Wala, also asked his supporters to plant trees in his honour to keep him alive. We simply followed his mother’s request, said Dhillon. 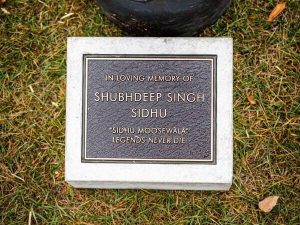 In a tweet, Brampton Mayor Patrick Brown said, “We planted a tree in memory of the late Sidhu Moose Wala earlier today at Susan Fennell Sportsplex.” In our city, his legacy lives on.“

Sidhu Moose Wala, who began his love for music in 2017 in Brampton, even wrote a song called “B-TOWN” to describe the Canadian city. Brampton, a popular destination for international students due to the proximity of several colleges and universities, embraced Moose Wala’s Punjabi music and paid tribute to him.