Venezuela says Canada is blocking its citizens living there from voting in the South American nation’s weekend presidential election.

President Nicolas Maduro seeks a second term in Sunday’s election, which Canada, the U.S. and others reject as illegitimate. 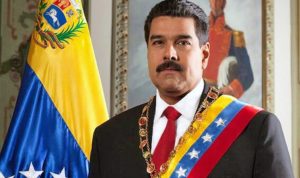 Canadian officials confirmed their decision to The Associated Press.

They say Maduro is to blame for failing to allow his people to freely express their democratic rights, such as banning the leading opposition parties from participating.

The officials say Venezuela also missed a deadline for asking to open the polling places.

Mathews, an Indian American couple in Texas facing charges over the death of their 3-year-old daughter whom they adopted in India have lost parental rights to their 4-year-old biological daughter. A judge in Dallas Jan. […]

A tsunami warning for coastal British Columbia and parts of Alaska has ended after a powerful earthquake struck about 250 kilometres southeast of Chiniak, Alaska, Tuesday morning. The earth quake struck at 1:31 a.m. PT Tuesday and […]

A week after Toronto Van attack that killed 10 people and injured 16 injured there’s word there may be a permanent memorial of the tragic incident. Thousands have visited makeshift memorials that sprang up in […]