On June 23, 2022, Bill C-19 gained royal assent. It will provide the minister of Immigration, Refugees and Citizenship Canada (IRCC) the power to select applicants for Express Entry based on their profession, proficiency in a language, intended country of residence, or any other factor that benefits Canada’s economic objectives.

Immigration, Refugees and Citizenship Canada (IRCC) stated that the agency was considering at possibly implementing targeted Express Entry draws that would choose applicant’s best suited to fill positions on the Canadian labour market.

For a very long time, the Toronto job market was in direct competition with the U.S. job market, and that is one of the main reasons why many people who want to immigrate to Canada, especially Ontario, choose the province most of the time or at least want to move there, even if they are only going to another province for a brief period of time or based on their PNPs.

Essentially, a PNP is a partnership or agreement between the federal and provincial governments. The PNP allows Ontario to match the abilities of immigrants to the needs of Ontario employers and the labour market. It enables Ontario to nominate individuals for permanent residence status, with IRCC expediting their application.

According to Ontario’s immigration minister, Mr. Monte MCNoughton, there are approximately 3 lakh 78 thousand jobs in Ontario, and out of those, 211,000 people will be immigrating to Canada. 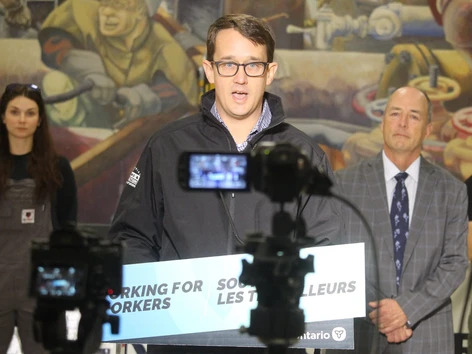 Now that the Canada Ontario Immigration Agreement, which is the agreement between Ontario and the federal government, is set to expire this fall, the immigration minister of Ontario claims that this is the best time to renew the agreement because this meeting, which establishes the foundation for Ontario’s public policy, is vital. He also claims that he has two specific demands.

First, he wants to substantially double the current Ontario PNP quota. Second, he wants more freedom to choose the classes of economic immigrants that would be admitted to Ontario.

This meeting or agreement renewal, which is scheduled to take place somewhere in the fall or later this year, will therefore include these two demands from the Ontario immigration minister.