PEEL Regional Police’s investigators from the Homicide and Missing Persons Bureau have obtained a Canada-wide arrest warrant for first degree murder, in relation to the homicide Palwinder Singh, 27, of Brampton. 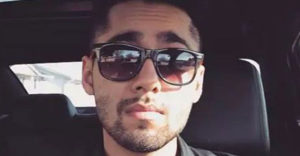 On July 16, at approximately 6 p.m., officers arrived on scene and located the victim suffering from obvious signs of trauma at a residence on Donwoods Court in the City of Brampton.
The victim was pronounced dead at the scene.

The investigators arrested two males from Mississauga. One is Sean Ponto, 18 and Andrew Edward, 19.
They have also identified a third person, Albayaty, a black male, described as a black male, 5’9”, held responsible for first-degree murder and have issued a Canada-wide arrest warrant for Nebill Albayaty, 18, from the City of Toronto.

Investigators are encouraging him to seek legal counsel and turn himself in to the nearest police station.