The Canadian Press has learned that 4 cadets from the Royal Military College in Saint-Jean, Que., have been accused of desecrating a Qur’an, holy book of muslims with bacon and bodily fluids during the Easter long weekend. 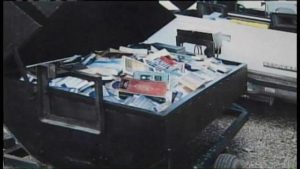 Desecrating a Qur’an is considered blasphemous by Muslims and has sparked violent protests and deadly riots in recent years.

The  incident is said to have occurred during a cottage party and largely involved first-year students from the military college, who reportedly recorded the acts on video.

Lt.-Gen. Charles Lamarre, the chief of military personnel, says other students at the college reported the incident to their commanders after being shown the videos. 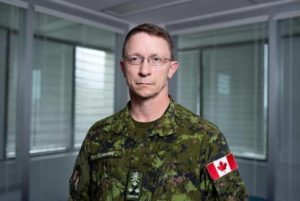 An investigation subsequently launched by the college commandant found reason to believe that the four cadets broke the military’s rules, but two have since appealed.

Lamarre says his office is currently reviewing the case, while adding that the desecration of any religious symbol by a member of the Canadian Forces will not be tolerated.

The three officers will kicked out of the Canadian Forces for this disrespectful act.

The Candian Foeces in a statement said, “Such misconduct goes against our core beliefs and is not tolerated, especially at RMC Saint-Jean, where future leaders of the Canadian Armed Forces are trained and educated.”

Starting today, Oct. 23, Walmart will roll out scan and go in 20 more Canadian stores. It’s the latest offshoot of the self-checkout craze, fuelled by retailers’ attempts to curb costs and make the in-store shopping […]

Teen charged with attempted murder in stabbing of police officer

A 15-year-old girl is facing a charge of attempted murder after a Halifax police officer was stabbed while responding to a report of a stolen truck. Police say the girl, who cannot be identified, also […]