EcoSikh, an environmental organization of Washington, is planning to engage the Sikh community to plant 1 million trees throughout the planet to mark the 550th birth-anniversary of Guru Nanak, the founder of Sikhism. 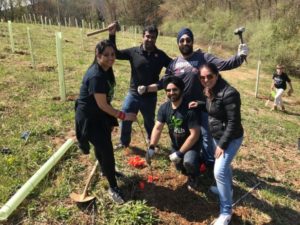 The organization’s goal is to reach out to Sikhs all across the globe to plant 550 trees at 1,820 locations in different parts of the world or in Punjab, as a gift to the entire planet. EcoSikh will initiate this plantation drive at a select location related to Guru Nanak in Punjab, India and in Punjab, Pakistan. 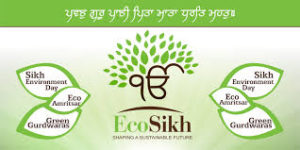 Dr. Rajwant Singh, President of EcoSikh said, “Guru Nanak was a nature-lover, and in his writings and pronouncements, he always inspired people to look at nature as the divine presence of the Creator and to form a loving relationship with nature. Planting trees to celebrate the 550th birth anniversary of Guru Nanak will be the best way to celebrate this visionary. We appeal to all Sikh institutions, gurdwaras, and colleges and Punjabi organizations all across the world to take on this initiative to plant trees in their respective locations between now and the end of 2019.”

“Guru Nanak always spoke on the issues affecting the common people and he raised his concerns against social injustices and discriminatory practices. Guru Nanak would have raised his voice against the current degradation of the environment, especially what is happening in South Asia and in Punjab. Guru Nanak said “pavan guru paani pitha, maata dharath mahat”, which means “Air is the teacher, water is the father, earth is the mother”. He wanted his followers to have a harmonious relationship with these gifts of nature”, said Dr. Singh. 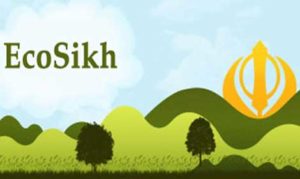 Supreet Kaur, EcoSikh India President, said “The 550th anniversary of Guru Nanak is an occasion which would excite a lot of young people to take meaningful action like planting trees in celebration. This would be the best way for them to relate to the teachings of Guru Nanak and to make other people’s lives better.

She added, “We appeal to people to plant native trees suitable to respective areas. We would also suggest planting fruit-bearing and herbal trees which would be beneficial for the masses, particularly the poor. This is another form of langar.”

EcoSikh has formed a network of young volunteers all across Punjab who will be engaged with grassroots to do plantation in different parts of the state and other parts of India.

Members of the Punjabi diaspora will be invited to sponsor or facilitate plantations in Punjabi villages during this celebrations of Guru Nanak’s Gurpurab.

EcoSikh plans to launch a special website for people to register all over the world for this task and it would encourage Sikhs to work with their respective governments and local administrations to work out a plan. EcoSikh will also collaborate with other international environmental organizations and the United Nations on this initiative.

Hours ahead of  iPhone X availability  in the United States, thieves made off with more than 300 iPhone X models that were snatched yesterday afternoon from the Stonestown Apple Store in San Francisco, California. According […]