A South Asian family is being forced to find a new apartment because their sick daughter had been crying at night, that lead to complaints from a downstairs tenant.

Mukesh Khanal, father received an email from his landlord on May 14 about “ongoing issues with regards to noise at night.” 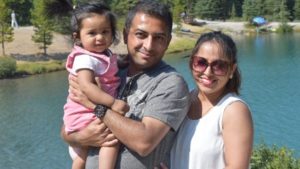 Writing back he explained back that his daughter had been very sick and had been up at night crying. Less than an hour later, he was informed via email their lease would not be renewed.

Amy Stewart with Savard Properties wrote, “Your child has been ill and is keeping the basement tenant awake at night and it has gone on for several nights…. At this point, as this has been an ongoing issue, we will not be renewing your lease at the end of June 2018. Obviously you and your family would do much better in a whole house as opposed to shared accommodations.” 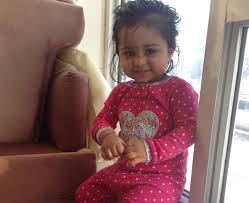 And the very next day, a notice was taped to their front door saying they would have to be out by noon on June 30.

Khanal noted there was one other noise complaint that he received from the landlord last December.

In a separate email response to Khanal, who stated he was being kicked out, Stewart wrote:

“We are not ‘kicking you out’ at all, we are not renewing your lease. This is absolutely an ongoing issue. I have all the correspondence. This is obviously not a good fit and it would be better for you to live in a peaceful place.”

“As you stated in your email, you are exhausted because you haven’t been sleeping, just like the basement tenant has said. You have explained the situation very clearly.”

Khanal with his wife, and daughter, Prakriya, moved in July 1, 2017. The downstairs tenant moved in a few months later. Prakriya is now two years old.

Khanal is looking at filing a formal complaint with the Alberta Human Rights Commission.

Khanal agrees the landlord has every right not to renew their lease — but he says that doesn’t make it right.

Lav Chopra, 21 year-old Brampton male arrested for 8 Robberies in the cities of Brampton (4), Toronto (3), and Vaughan (1). Investigators from the Central Robbery Bureau with assistance from 21 Division Uniform Patrol have […]

Dozens of cats are dumped on rural Ontario property.A rescue organization is warning that the vast majority of cats abandoned on rural properties will die of disease or starvation. Sandi Lawson and Janice Richard of […]

Investigators from the Special Victims Unit are seeking assistance from the public, in identifying a suspect involved in a sexual assault investigation. On Monday, July 2, 2018 at approximately 2:50 a.m. a female victim was […]