Coquitlam Mayor Richard Stewart, MADD( Mothers against Drunk Driving) Canada on Tuesday called on the provincial government to get ridesharing on the road in 2018 to increase safety in British Columbian cities.

Coquitlam Mayor Richard Stewart supporting the move said, “Metro Vancouver has a serious safety issue.The existing supply-managed taxi monopoly doesn’t work during times of peak demand, when impaired driving is a serious concern, along with other public safety challenges. Simply adding a few more taxis will not solve the problem. We need a system without supply caps and boundaries to ensure that the suburbs and all of Vancouver gets the service it needs. Ridesharing would address that.” 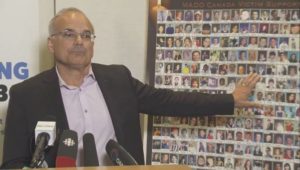 Tracy Crawford, MADD Canada Regional Director for British Columbia and Yukon. Said, “Ridesharing is a key tool for improving safety by reducing impaired driving and helping to clear out entertainment districts after bars close. Further delays cannot be justified. Ridesharing legislation should be implemented this fall and not delayed another year. With the legalization of cannabis taking place this fall, more than ever British Columbians need a ridesharing option.”

Curtis Robinson, Chair of BarWatch,  “Providing more options for British Columbians to get to and from areas like Vancouver’s Granville Street will help improve safety on our streets. It creates a lot of unnecessary tension when you have large numbers of people who have been drinking stuck in one area, unable to get home. Bringing ridesharing to B.C. will help get people home safely, faster.” 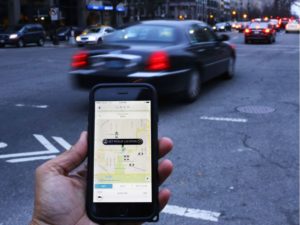 Most impaired driving incidents happen at night and during the weekend. Research by the American Public Transportation Association found that the busiest time for ridesharing is not the first thing in the morning or at the end of the day when people are getting to and from work, but late at night when bars close.

Researchers at Temple University compared rates of alcohol-related crash deaths in cities before and after Uber was available. While there are a number of factors that affect impaired driving trends, findings from this research conclude that the arrival of Uber in a city led to a 3.6%-5.6% decrease in the number of people killed in alcohol-related car crashes.

A representative of the Vancouver Police Department testified before the all-party committee on ridesharing that the discussion with another police department in Alberta indicated that ridesharing had significantly assisted in clearing out the streets in their downtown entertainment districts, and getting people home to all parts of the city.

Death of more Canadians is feared in Las Vegas shooting

Two Canadians are confirmed dead and a third has been reported killed in the Las Vegas shooting that left at least 59 dead on Sunday night. A fourth, a woman from Alberta, remains unaccounted for. […]

Canada is not shutting down any caregiver programs

In a recent statement Minister of Immigration, Refugees and Citizenship, Ahmed Hussen said: “We recognize the role caregivers have played is an important one in supporting our loved ones and helping grow Canada’s economy. We are […]

Sandeep Singh, a rights activist, an entrepreneur and a Realtor from Caledon has started  his campaign for Area Councilor, Ward 2 Caledon from the podium of Gurdwara Jot Parkash Sahib on June 24th2018.  The event […]