The amendments proposed by Dhillon would have directed staff to report back at the July 11 Council meeting with an immediate action plan related to violence and safety, cracking down on lodging houses holding 20-plus people, increased loitering and loud music issue, urging the Province to investigate illegal private colleges, and for the Peel Police to provide updates on recent attacks. 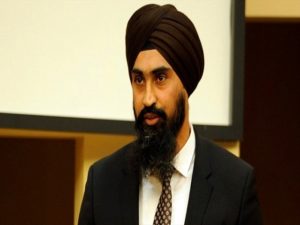 Instead of his proposal, a motion was passed which directed the formation of a ‘Community Safety and Well-Being Plan’ for the entire Region of Peel, including Mississauga and Caledon, but not specific to Brampton.

The plan passed by Council today, which did not give a set timeline, will include school boards, volunteer and faith groups, community and social agencies, Peel Police, as well as the City of Brampton.

The requests made by Dhillon were amendments to the approved motion and would have directed staff to provide a short-term strategy to respond to the immediate crime and nuisance concerns raised by residents recently. However, Council deemed these amendments ‘out of order’, and only Dhillon ended up voting in favor after it was challenged.

Dhillon said, “The City of Brampton has made it clear that it does not understand the community and its needs. Hundreds of residents protested over the weekend and are fearful for their safety.”

He added, “The plan that was approved could take months, even years. This is about responsible governance – there’s no excuse for us to not to act now, especially when there’s a heightened state of fear about the escalating violence. I do not want to have to have wait for another one of our children or loved ones to get hurt to be the reason for change.

“We’ve seen enough and the public deserves immediate action. I will continue to work with the residents to explore further options.”

The federal government is embarking on a new pilot program that will allow people to cross borders faster if they create a digital profile filled with their personal information on their mobile devices. The Known Traveller […]

Peel police continue to investigate following a robbery at the Bank of Montreal branch at Castlemore and Airport Road in Brampton Friday,Jan 12th  evening. According to police, a male suspect wearing dark clothing with their […]