Darshan Dhaliwal, 42 of Brampton has been arrested and charged for a Fraud incident.

In August 2017, police allege that Darshan Dhaliwal met with a female Brampton resident and advised her that he would be able to double her money if she invested in him. 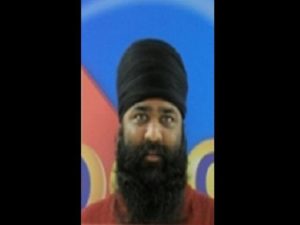 Police say Dhaliwal obtained a large quantity of money and jewelry from the victim. After not receiving anything in return, the victim contacted police.

Police says that the approximate total value of cash and jewelry defrauded is $74,000.Investigators believe there may be other victims who have not yet come forward.

Ontario Provincial Elections-New technology to be used in Voting

June 7th is the Election Day for Ontario Provincial Elections. There are new features added to voting this year.New technology  will be introduced in the polls for the 2018 General Election. Election officials will be […]

Bank of Canada announces interest rates will remain steady at 1.25%

The Bank of Canada is maintaining its trend-setting interest rate as its careful assessment of the timing of future hikes continues amid a backdrop of moderating growth. The central bank, which kept its rate at […]

Peel Regional Police are seeking the public’s assistance in their investigation into a single vehicle collision in Brampton. On Sunday, December 10, 2017, at approximately 2:20 a.m., the driver of a black Nissan Maxima was travelling […]