Death toll jumped to 34 across Quebec on Thursday amid extreme heat.

One death in Laval and six in the Mauricie-Centre-du-Québec region brought the total number of heat-related deaths in the province up to 34, and more are expected.

It’s not clear whether people in other Canadian provinces — including in Ontario — affected by similar extreme heat and humidity have died. That’s because the reporting system differs from province to province.

None of the deaths in Quebec took place in public health institutions, according to Public Health Minister Lucie Charlebois. 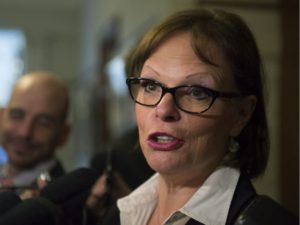 She said, “We have to remain vigilant and continue to take precautions to avoid health problems.”

Charlebois encouraged people to reach out to loved ones, especially those who might be more vulnerable.She added, “The situation should be back to normal shortly.”

Health officials have said the people who died didn’t have air conditioning in their homes and had health issues.

The heat wave began on June 29. Only now, a week later, is there some relief in the forecast. A high of 23 C is predicted for Friday and cooler temperatures will last through the weekend, into next week.

The regional director of Montreal’s public health department, Mylène Drouin, said officials have visited 34,000 homes where people might be more vulnerable to those risks.

The 12 people who have died from the heat in Montreal fit the profile of people who are more at risk — many were over the age of 65 and had histories of physical or mental health problems.

Public health officials in the Eastern Townships and Montreal were asking the population to check on their neighbours.

Bill C-45 gains approval of the Senate.Senators have voted to pass the federal government’s Bill C-45 that will lead to legalizing recreational marijuana. The Bill passed by a vote of 52 to 29, with two […]

Despite court questions, Quebec is likely to use the notwithstanding clause again for a new language rule.

Premier François Legault said Thursday that the Quebec government would “possibly” use the notwithstanding clause to shield its language law changes from charter challenges. His remarks come only days after the Quebec Superior Court slammed […]