Party leader Doug Ford was in Brampton for a rally on Friday (May 4), where he officially confirmed and introduced the last of the candidates set to run for his party in the June 7 election.

The party’s Brampton candidates for the upcoming Provincial Elections are: 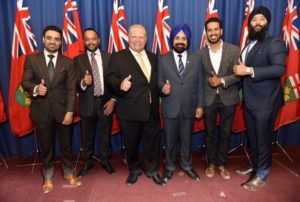 The event, dubbed a “Rally for a Better Ontario,” was held at the Dreams Convention Centre in Brampton and attended by Ford and all five candidates.

Ford Tweeted, “What a crowd in Brampton tonight! We have a great group of PC candidates ready to work for you. Thanks for coming out to hear our plan for the people.”

What a crowd in Brampton tonight! We have a great group of PC candidates ready to work for you. Thanks for coming out to hear our plan for the people. #onpoli #pcpo #fordnation #brampton pic.twitter.com/uRZJUUw1e7

Dhillon’s candidacy was announced at the event, and is the latest and final local PC candidate to be named after a lengthy and at times controversial nomination process.

“I congratulate Ripudaman Dhillon on his nomination as the Ontario PC Party Candidate for Brampton North. Ripudaman is a welcomed addition to our strong and diverse PC team,” said Ford in a statement. 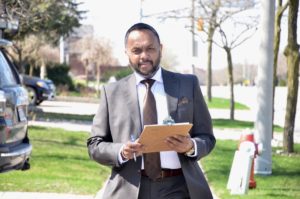 He added,“I thank Ripudaman for his continued involvement in the Ontario PC Party. Ripudaman will be a dedicated, hardworking and committed representative for the people of Brampton North, and will be a strong voice for the people,” he added.

In March, outspoken Toronto councillor Giorgio Mammoliti made headlines when he announced he would be seeking the nod in Brampton Centre. The longtime Ford ally eventually changed his mind and decided to stick with municipal politics.

Jaswal was named the candidate in Brampton Centre at the end of April, after popular PC Party member Nick Gahunia saw his campaign for that riding’s nomination shut down before the riding vote. 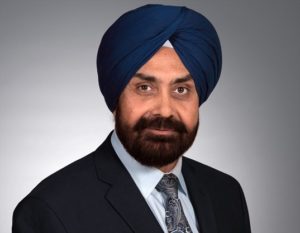 That move came amid complaints from some in the party about a slew of candidate appointments, which sidestepped the local riding voting process.

Toronto police are seeking a man and a woman in a fraud case involving hundreds of thousands of dollars. Police say a woman went into a bank on June 29 and, using false identification, posed […]

$52 per month transit supplement for people with disabilities announced in B.C.

B.C.’s NDP government has announced a $52 per month supplement for people on disability assistance over and above financial support they are already receiving. So the British Columbians with disabilities will have a little more […]

Canadian prime minister Justin Trudeau on Wednesday offered prayers at the Golden Temple, with a saffron-coloured cloth covering his head,where he was presented with a traditional robe of honour. In a white kurta-pyjama, the visiting […]