Police in Durham region are asking parents to be cautious  after snacks made with marijuana were consumed by children at an Oshawa elementary school on two separate occasions.

The first incident happened on May 14 when a Grade 6 student brought home-baked cookies into school as a treat.

In a news release Police said, “After consuming the cookies, four students (three were 11 years old, one was 12 years old) reported feeling dizzy and euphoric.”

In the second incident, THC-infused gummy bears were eaten by students at the same elementary school, leaving four children in Grade 7 and Grade 8 feeling “dizzy and euphoric.” 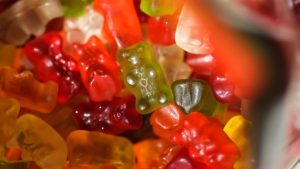 Police said the gummy bears were brought in by a student, but it is not known how he or she got them.

Police has called the Children’s Aid Society  to conduct a review of that incident.

VTech Technologies Canada Ltd. recalls the VTech Shake & Sing Elephant Rattle due to choking hazard. The ears on the elephant rattle can break releasing a metal rod that can pose a choking hazard to […]

New Brunswick’s Progressive Conservatives won a majority government on Monday, — the first in Canada since the emergence of the COVID-19 pandemic. “Come what may in the months and years ahead, we know we’ll have […]

The Government of Canada is committed to building a clean energy future to strengthen the economy, create good jobs and support the natural resource sectors. This commitment will be more important than ever as we […]