Kate Spade, a fashion designer known for her sleek luring handbags, was found dead at the age of 55 in her Park Avenue apartment in New York today in an apparent suicide. 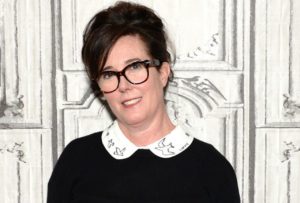 Spade’s body was found by a housekeeper after around 10 a.m. Her husband and business partner, Andy Spade, was in the apartment at the time. The couple’s 13-year-old daughter was at school.

The police department’s chief of detectives, Dermot Shea, said that while investigators were still in the early stages of their inquiry, evidence including the state of the apartment and the presence of a note pointed to suicide. 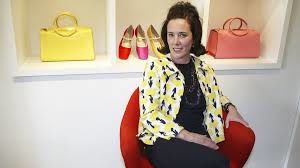 “We are all devastated by today’s tragedy,” her family said in a statement through a spokesperson.

“We loved Kate dearly and will miss her terribly. We would ask that our privacy be respected as we grieve during this very difficult time.”

A crime scene truck was parked outside their building on Manhattan’s Upper East Side. Barriers had been set up to keep back reporters and gawkers who were arriving at the building.

The company she founded, Kate Spade New York, now has more than 140 retail shops and outlet stores across the U.S. and more than 175 shops internationally.

“Kate will be dearly missed,” said Julia Curry, a spokeswoman for the company.”Our thoughts are with Andy and the entire Spade family at this time.”

Kate Spade was born Katherine Brosnahan and grew up in Kansas City, Mo.