Region of Peel – Investigators from the Specialized Enforcement Bureau and our Strategic and Tactical Enforcement Program, have laid charges against two men after a firearm and quantity of narcotics were located in Mississauga.

On September 25, 2021, investigators, along with the assistance of the Tactical Unit, conducted a search warrant in the area of Darcel Avenue and Etude Drive in the City of Mississauga. The search resulted in discovering a loaded Glock .45 Caliber firearm with an extended loaded magazine. A large quantity of fentanyl, cocaine and crack cocaine were seized, along with a substantial amount of Canadian currency. 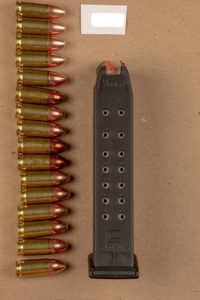 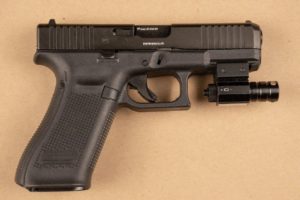 As a result, Terrell Reid, a 21-year-old man from Mississauga, has been charged with the following offences:

Possession for the Purpose of Trafficking x3
In answer to the charges, both of the suspects appeared at the Ontario Court of Justice in Brampton on September 25, 2021.