Saudi Arabia has issued its first driving licences to 10 women, as the kingdom prepares to lift the world’s only ban on female drivers in three weeks’ time. 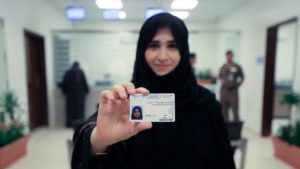 The statement from the government said that the 10 women given licences already held driving licences from other countries, including the US, UK, Lebanon and Canada.

They took a brief driving exam and eye test before being issued with the licences at the traffic department in the capital, Riyadh.

Other women across the country have been preparing for the right to drive on 24 June by taking driving courses on female-only college campuses. Some are even training to become drivers for ride-hailing companies such as Uber. 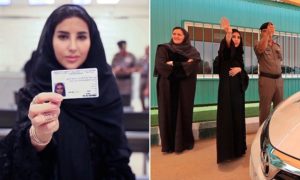 Several activists who campaigned for the right to drive remain under arrest, facing possible trial.

Nearly 50 women took part in that first driving protest 28 years ago. The women were arrested, lost their jobs and had their passports confiscated for a year.

Ultra-conservatives viewed women driving as immoral and warned they would be subject to sexual harassment if they drove. Four years ago the country’s top cleric, Grand Mufti Abdulaziz Al Sheikh, said barring women from driving “was in the best interest of society” because it protected them from having to deal with an accident.

In an attempt to boost the economy and ease international criticism, Saudi Arabia’s crown prince Mohammed bin Salman has been promoting changes, such as the decision to allow women to drive, while risking a backlash from clerics and others who adhere to the ultraconservative Wahhabi interpretation of Islam.

The prince has also attempted to appeal to young Saudis by opening the country to more entertainment, allowing music concerts and bringing the first commercial movie theatre to Saudi Arabia this year.

A Beijing nursery is accused of giving injections and feeding drugs to toddlers, in a case that has shocked China.Authorities are now investigating the nursery, which is a branch of the well-known RYB Education chain. […]