The French National Assembly has passed a tough new immigration law that tightens the rules around asylum.

The bill shortens asylum application deadlines, doubles the time for which illegal migrants can be detained, and introduces a one-year prison sentence for entering France illegally.

The law, approved on Sunday after 61 hours of debate, has exposed divisions in President Emmanuel Macron’s young centrist party. 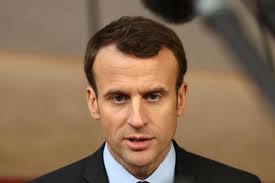 The bill aims to simplify and speed up asylum-application processes, along with allowing migrants to be detained for up to 135 days and giving police greater powers to fingerprint them. 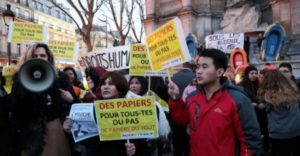 The bill passed by 228 votes to 139, with 24 abstentions, after more than 60 hours of debate over the weekend and hundreds of amendments.

One of the most significant changes is that failed asylum seekers awaiting deportation can be held for up to 90 days, double the existing period of 45 days. The government had initially aimed for a 135-day period.

According to Human Rights Watch, shortening asylum application deadlines could negatively impact the “most vulnerable asylum seekers, who would be the ones most likely to miss the deadline”.

“Under the guise of providing a more effective asylum system, the bill includes a series of measures that would diminish access to protection,” HRW said in a statement.

Indian PM Narendra Modi on Saturday approved an ordinance to allow courts to pronounce the death penalty + to those convicted of raping children up to 12 years of age. The criminal law amendment ordinance seeks to amend […]