In B.C. the price of the gas hit $1.619 on Monday,  the highest price point ever for North America, Gas Buddy spokesperson Dan McTeague said. 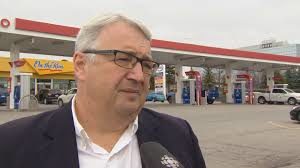 There’s a few reasons for this inflation, McTeague explained, including a weak Canadian dollar, taxes, refinery supply and demand and the changing retail landscape.

First, while oil prices have increased, in the past this has signaled an uptick of the value of the Canadian dollar. However, the same hasn’t happened this time, he explained.

Oil prices have gone up nearly one third, year over year, but since the Canadian dollar is so low, that means instead of getting the full value of US$68 a barrel, Canadians get around $48.

McTeague said, “If the Canadian dollar were on par with the U.S. dollar you would be saving 15 cents a liter at the pumps across Canada.”

Another major factor in gas pricing is the lack of what McTeague calls gas bar shenanigans: where local gas stations compete and drop prices to outbid competitors.

The age-based plan for Covid-19 vaccine continues despite the demand to target essential workers.

Saskatchewan’s health minister Paul Merriman mentioned on Wednesday that 30 years and above old adults can get themselves vaccinated till May 10 under the current age based vaccine strategy, if it continues. In the province […]

Inderjit Singh Reyat, the only person ever convicted for a role in the 1985 Air India bombing that killed 331 people will no longer have to attend psychological counselling as a condition of his parole. […]

In an unfortunate incident, Paviter Singh Bassi was beaten with sticks. As a result of the assault he died on March 20th. Investigators from the Peel Regional Police Homicide and Missing Persons Bureau are investigating […]