Calgary South Asia radio host Kumar Sharma was attacked by a gang at a Punjabi concert in the Calgary’s northeast around a year ago, which he believed was an attack on freedom of speech. Now, one of the assailants involved in this incident is criminally charged.

“This was an unprovoked, cowardly attack from start to finish,” Barley said.

“It was by a mob, which faced no harm from the one victim, lying defenceless on the ground.”
“If the victim had been targeted because of his work as a broadcast journalist, this would be an aggravating factor,” Barley said in his written ruling. 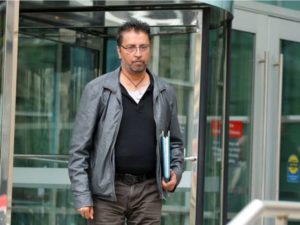 Speaking about this earlier, Sharma said ,”The physical assault which happened on Aug. 19, 2018, in which I was viciously attacked by a group of more than seven individuals has had a very serious physical, emotional and mental impact on me and my family and friends,” Sharma said, reading a victim impact statement.

“I am suffering from regular nightmares.”

“I have worked as a journalist for 25 years and strongly believe in freedom of the press.”

“I am impacted by this incident because my freedom of expression and for a journalist in me to speak freely has come under attack.”

Investing Over $20 Million to Strengthen Community Safety in Peel Funds will help build safer communities and support the fight against gun and gang violence MISSISSAUGA — The Ontario government is providing $20.5 million to […]

1 injured, 1 arrested in possible case of road rage in Brampton

Peel Police arrest one person while another person was sent to hospital after a possible case of road rage in Brampton. According to the information, today around 6:30 a.m., emergency crews were called to the […]

BRAMPTON, ON (January 22, 2020) – At council today, Brampton City Council unanimously passed a motion to declare a Health Care Emergency in Brampton. The motion was brought forth by City Councillor Harkirat Singh, and […]