Gurpreet Singh Atwal, the last of four men charged in connection to the death of Kulwinder Kaur Gill 42, pleaded guilty on Tuesday in B.C. Supreme Court to conspiracy to commit murder. 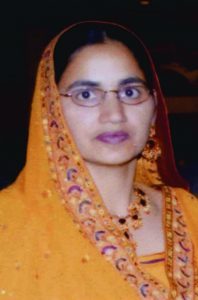 Atwal will be sentenced in August for his part in the murder of a 42-year-old mother almost a decade ago.

Kulwinder Kaur Gill was run down by a pickup truck at around 7:35 p.m. PT on April 28, 2009 as she and her husband walked along Townshipline Road in Abbotsford.

James Heller, Atwal’s lawyer said he and a Crown prosecutor will make a joint submission on Aug. 27 asking for a 21-year sentence, minus time already served, which needs to be calculated.

Police told court that Gill flagged them down to show them the ditch where the mother of two was thrown by the force.

In November 2017 Gill was sentenced to 17 years, and he was expected to serve about 10 years at that time after calculating time he already served.

Three other men, including Atwal, were charged for taking part in the murder plot.

In 2015 and 2016, Jaspreet Singh Sohi and then Sukpal Singh Johal, both of Surrey, pleaded guilty to charges of being an accessory to murder.

They were both sentenced to time served plus one day.

Gurnam Bhullar shared a video on his Instagram account revealing that he’ll be live on Canada Day Mela & Truck Show. Punjabi singer is coming live on 1st July along with Jugraj and Davinder to […]

N.S. working to recognize independence of adults with intellectual deficits

Nova Scotia is moving to give people with intellectual disabilities more autonomy. Justice Minister Mark Furey said that the proposed Adult Capacity and Decision Making Act would recognize a person’s right to live their own […]