Ryker Gamble, Alexey Lyakh and Megan Scraper, 3 members of a YouTube travel blogging collective have died after falling over a waterfall in Canada.

They were part of High On Life, who post videos of their travel adventures. 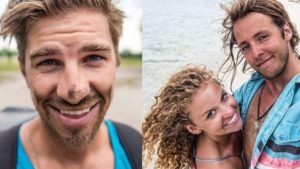 The group said: “They were three of the warmest, kindest and most driven and outgoing people you could ever meet.”

Police said the trio were swimming at the top of Shannon Falls in British Columbia on Tuesday when they “slipped and fell into a pool 30m (98ft) below”. 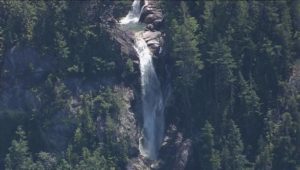 In a statement released on Wednesday, Royal Canadian Mounted Police said they had received a call about three people swimming in one of the pools at the top of Shannon Falls, about 36 miles (58km) north of Vancouver.

“The individuals were with a group of friends when they slipped and fell into a pool 30 metres below,” they said.

They added that teams had “worked throughout the day to complete the complex recovery of all three people from Shannon Falls” and that the file had been given to the coroner’s office.

Other members of the group, who have 1.1 million followers on Instagram and more than 500,000 YouTube subscribers, named the three on their memorial fund page and in a tribute video.

They said: “There are truly no words that can be said to ease the pain and the devastation we are all going through right now.”

High On Life are based in Vancouver and were formed by Gamble, Lyakh and another high school friend, Parker Heuser, after they travelled the world in 2012.

They decided to turn travel and video production into a full-time job and often promoted brands and destinations in the pictures and videos they posted from exotic locations.

Who is going to be NDP new leader is a much awaited decision. Results of the first ballot of the federal NDP leadership race will be revealed tomorrow in Toronto, but the president of the […]