Interest in the Atlantic Immigration Pilot Program in Nova Scotia has more than doubled in the past six months.

Nova Scotia’s Immigration Minister Lena Diab said word is spreading among employers and the province is on target to meet its 2018 allocation. 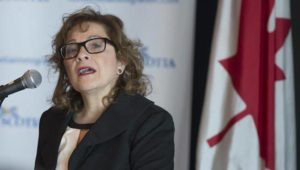 The data provided by the Nova Scotia Department of Immigration suggests that as of April 30 the province had designated 406 employers and endorsed 448 candidates through the pilot program since it launched in March 2017. So far in 2018, 247 new candidates have been endorsed.

The Chronicle Herald took a look at the province’s numbers back in November.

At the time, 253 employers had been designated but only 170 endorsement applications had been approved, compared to New Brunswick’s 338, and only a fraction of Nova Scotia’s total 2017 allocation of around 800 slots had been utilized.

Diab said, “I think, with anything, this is a new immigration pathway and it takes time for employers and businesses to realize that they can actually use it and to make that determination and decide to use it.”

Diab credits the increased uptake in part to work by her department, as well as Immigration and Citizenship Canada and community partners.

She said she and her team, along with federal representatives and partners like ISANS, the YMCA, as well as employers who already have experience with the immigration program, frequently travel around the province to hold information sessions.

The two levels of government have also teamed up with groups like the Cape Breton Business Partnership, the Western Regional Enterprise Network, and the Halifax Partnership to further promote the program.

“The awareness and the interest in it continues to grow, and as a result of that Nova Scotia is really on track to maximize our allocations for 2018,” she said.

It’s estimated that 3,260 positions with designated employers will need to be filled in the next two years.

The Atlantic Immigration Pilot Project was announced in July 2016 as part of the Atlantic Growth Strategy, and officially launched in March 2017. 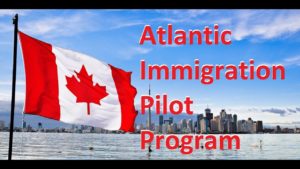 The program initially aimed to bring up to 2,000 additional primary immigrant applicants and their families in 2017, and in the fall the federal government confirmed that the program would continue and double to an allocation of 4,000 by 2020.

It’s slightly different from other immigration programs as employers have a big role to play in recruiting and settling potential immigrants. All potential immigrants seeking to utilize the program need a position waiting for them that they are qualified to fill.

Statistics Canada released Crime Severity Index for year 2017, with Saskatoon on the top

Statistics Canada reports that Police-reported crime in Canada, as measured by both the crime rate and the Crime Severity Index (CSI), increased for the third consecutive year in 2017. The national crime rate rose 1%, while the […]

Residents will have ample of opportunities to get their flu shot over the next month, starting today with a free clinic at the Toronto Reference Library. According to Toronto Public Health, there have been 24 […]

The loonie dropped sharply after the Bank of Canada kept its key interest rate target on hold today, Oct. 25th , as North American stock markets pulled back on profit taking. The Canadian dollar was […]