Pierre Poilievre is the new leader of the Conservative Party of Canada, having won on the first ballot after a divisive and record-breaking leadership campaign.

The long-serving Ontario MP and former cabinet minister won the election with a clear majority after a seven-month campaign, earning 22,993 of the roughly 33,800 electoral points up for grabs. In practically every riding, Poilievre received members’ top support, securing him support across the nation. 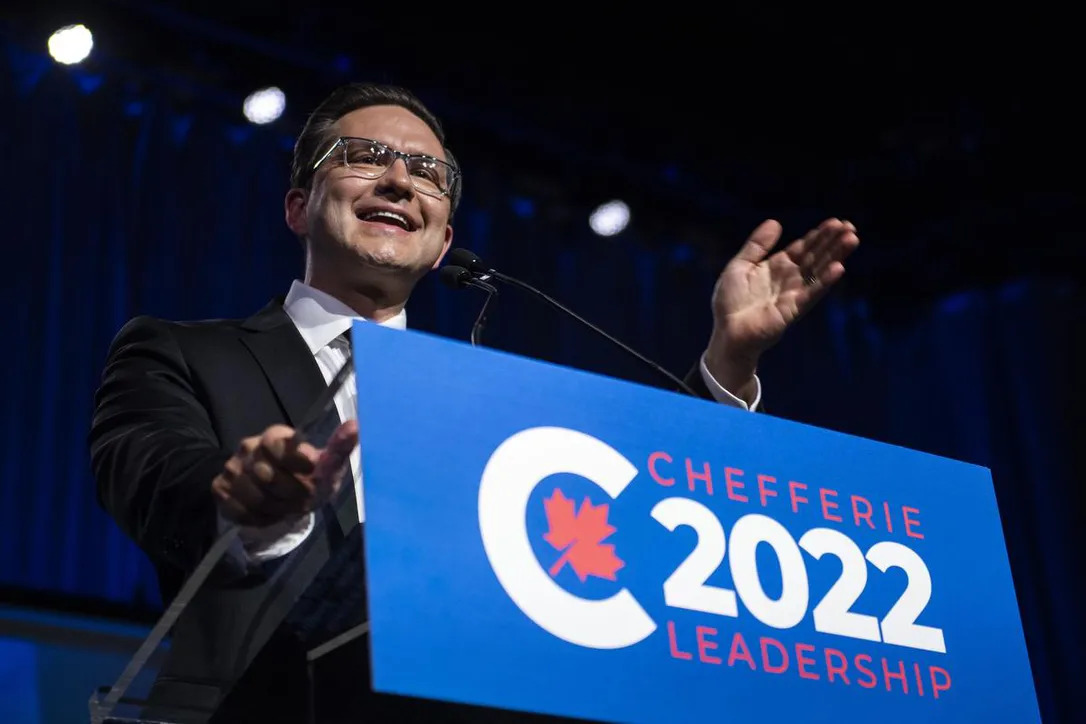 Since the nation was in an official state of mourning due to the passing of Queen Elizabeth II, the announcement of the mail-in ballot election’s results was made in a less formal manner than originally anticipated. A moment of quiet and tribute was held before Poilievre was declared the winner.

Poilievre seized the opportunity to outline some of his primary promises in his address, which was his first chance to set the tone for his presidency and signal the party’s direction. He also made a point of thanking each of his opponents for their contributions to the party and the nation.

He stated, “To supporters of all of these fine candidates I open up my arms to you. Now, today, we are one party serving one country.”

3/3 Thank you to my supporters and team members. I'm so proud of our campaign. We stuck to our principles. We still have a critical role to play in shaping our forward-looking policy agenda and attracting new voters to the Conservative Party. I will have more to say tomorrow.

In response to the results, Charest praised his supporters and expressed pride in the campaign they had run, but he also suggested that Poilievre be given a chance to unify the party with a “clean slate.”

He tweeted “We still have a critical role to play in shaping our forward-looking policy agenda and attracting new voters to the Conservative Party. I will have more to say tomorrow.”