Canadians deserve a secure and dignified retirement after a lifetime of hard work. Supporting this thought the Government of Canada is committed to helping Canadian seniors with the rising cost of living.Starting July 1st, the Old Age Security Benefit (OAS) will see an increase in payments as well as restoration of the age of eligibility for OAS and GIS benefits to 65 from 67. 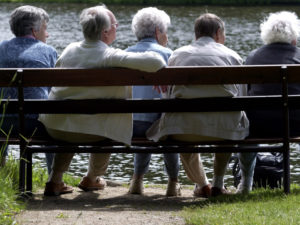 Changing the age of eligibility for Old Age Security (OAS) and Guaranteed Income Supplement (GIS) to 65, was a core campaign promise and integral to ensuring seniors get the support they deserve and that no one is left behind. This change reverses the previous (conservative) government’s decision, wherein the age of eligibility was raised to 67, thus putting thousands of dollars back in the pockets of Canadians as they become seniors. 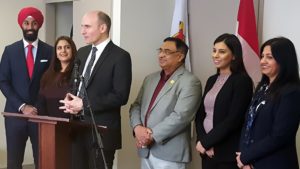 To help lift thousands of low-income seniors out of poverty, the government also increased the GIS top-up so that single seniors can receive up to $1,000 more per year.

This is helping nearly 900,000 vulnerable seniors across Canada, 70 percent of which are women. With the new changes, a senior in Canada can now receive up to $1,700 more per year compared to the benefits available under the previous government.

Ms. Kamal Khera, Member of Parliament for Brampton West believes these changes will make a huge difference in seniors’ lives, ensuring they can enjoy the secure and dignified retirement they deserve.

She says,”Restoring the age of eligibility for access to benefits to 65 was a core campaign promise for us and I am happy to see our government follow through on not just restoring the age of eligibility but making improvements to, the Old Age Security (OAS) benefit as well as the Guaranteed Income Supplement (GIS). The new changes will ensure that our seniors can continue to lead a life of dignity post retirement.”

The objective of the OAS program is to provide a base upon which individuals can add income from other sources, such as the Canada Pension Plan or Quebec Pension Plan, employer-sponsored pension plans and personal registered retirement savings plans, as

The cost of running the Prime Minister Justin Trudeau’s Office has risen to the highest level since 2011. Trudeau’s office cost taxpayers $8.3 million in 2016-17, the latest audited figure available and the first full […]

Patrick Brown, who resigned as leader amid accusations of sexual misconduct, has been expelled from Ontario’s Progressive Conservative Party caucus just days before the legislature is set to resume. Interim leader Vic Fedeli said in […]

New homeowners in Brampton are advised to check their builder-installed smoke alarms to ensure they are operational after an issue was uncovered recently. Brampton firefighters discovered a hardwired detector in a home in the area […]