The Indian bowlers once again were unable to defend a 209-run total against Australia in the opening T20I at the PCA Stadium in Mohali. India is currently down 0-1 in the three-game T20I series.

Things went right down to the wire but it's Australia who won the first #INDvAUS T20I.#TeamIndia will look to bounce back in the second T20I.

The Australian team, chasing a massive 209, got off to a fast start to to openers Aaron Finch and Cameron Green. The very first ball of the Australian innings, bowled by Bhuvneshwar Kumar, was smacked by Finch for a six.

The David-Wade pair batted aggressively and eliminated India’s chances of winning the game when Australia needed 54 off the final four overs.

In his 19th over, Bhuvneshwar Kumar once more failed to succeed, giving up 16 runs as the visitors went on to surpass the 200-run mark.

Yuzvendra Chahal dismissed David in the final over with just two runs needed, but it was a little late for India.

Pandya served as the finisher, scoring an unbeaten half-century and finishing with 71 from 30. The all-rounder helped India reach 208/6 after 20 overs by slamming five sixes and seven boundaries.

After winning the toss, Australian Captain Aaron Finch invited India to bat in the first innings. 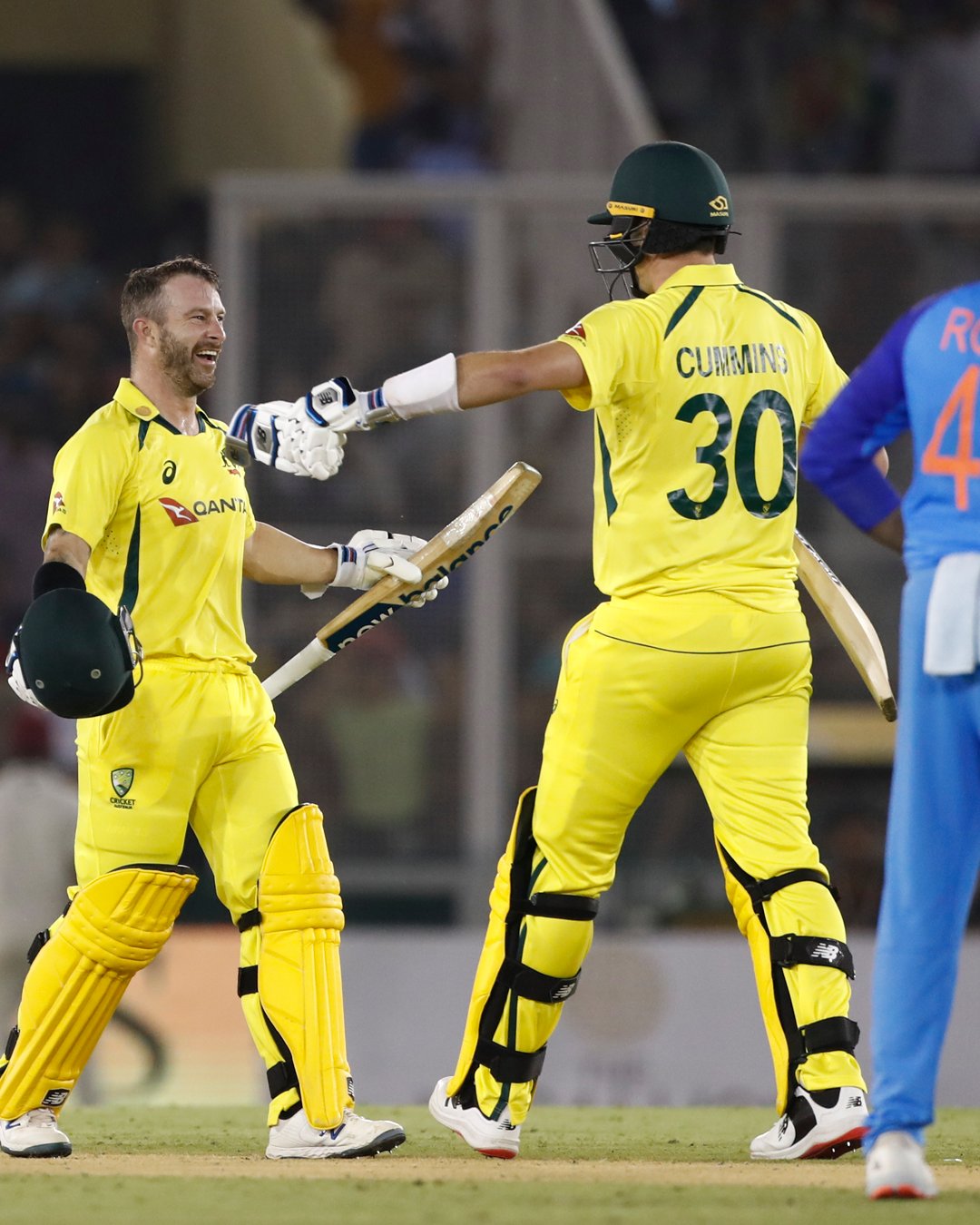 Australia completed the second-highest chase in T20I history. For his 61 and 1/46, Cameron Green was named ‘Man of the Match.’

With this victory, Australia takes a 1-0 lead in the series.

In Nagpur, the series’ second T20I will take place.