4 years after Sunanda Pushkar was found dead in suite number 345 of the Leela Hotel, the Delhi Police have filed a chargesheet and named her husband and Congress MP Shashi Tharoor as an accused in the case. 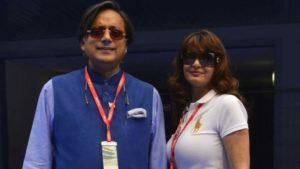 Sunanda Pushkar’s unexplained death was initially treated as suicide, but police later said she had been murdered, without naming a suspect. 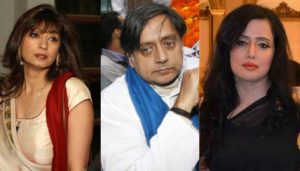 Police in Delhi have now charged Tharoor with abetment to suicide and cruelty to his spouse.

Tharoor tweeted saying he intends to “vigorously” contest the “preposterous charges” against him. 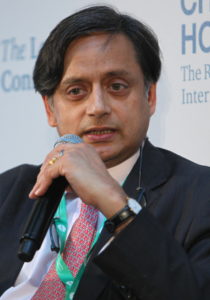 Tharoor, an MP with India’s main opposition Congress party, married Ms Pushkar, a former Dubai-based businesswoman, in 2010. She was found dead in a five-star hotel in Delhi on 17 January 2014.

The cause of death is still unclear.

The first post-mortem report after her death suggested she may have died of a drug overdose – reports said Ms Pushkar had been on medication.

Subsequent reports since then spoke of “poisoning”, “mysterious injection marks” and according to one report, a “deep bite” on her palm.

The couple became embroiled in controversy over a series of Twitter messages before Ms Pushkar’s death that appeared to reveal Tharoor was having an affair with a Pakistani journalist.