Peel Regional Police are intensively monitoring Mississauga and Brampton school zones this week as tens of thousands of children return to the classroom in an effort to catch speeders and other aggressive drivers. 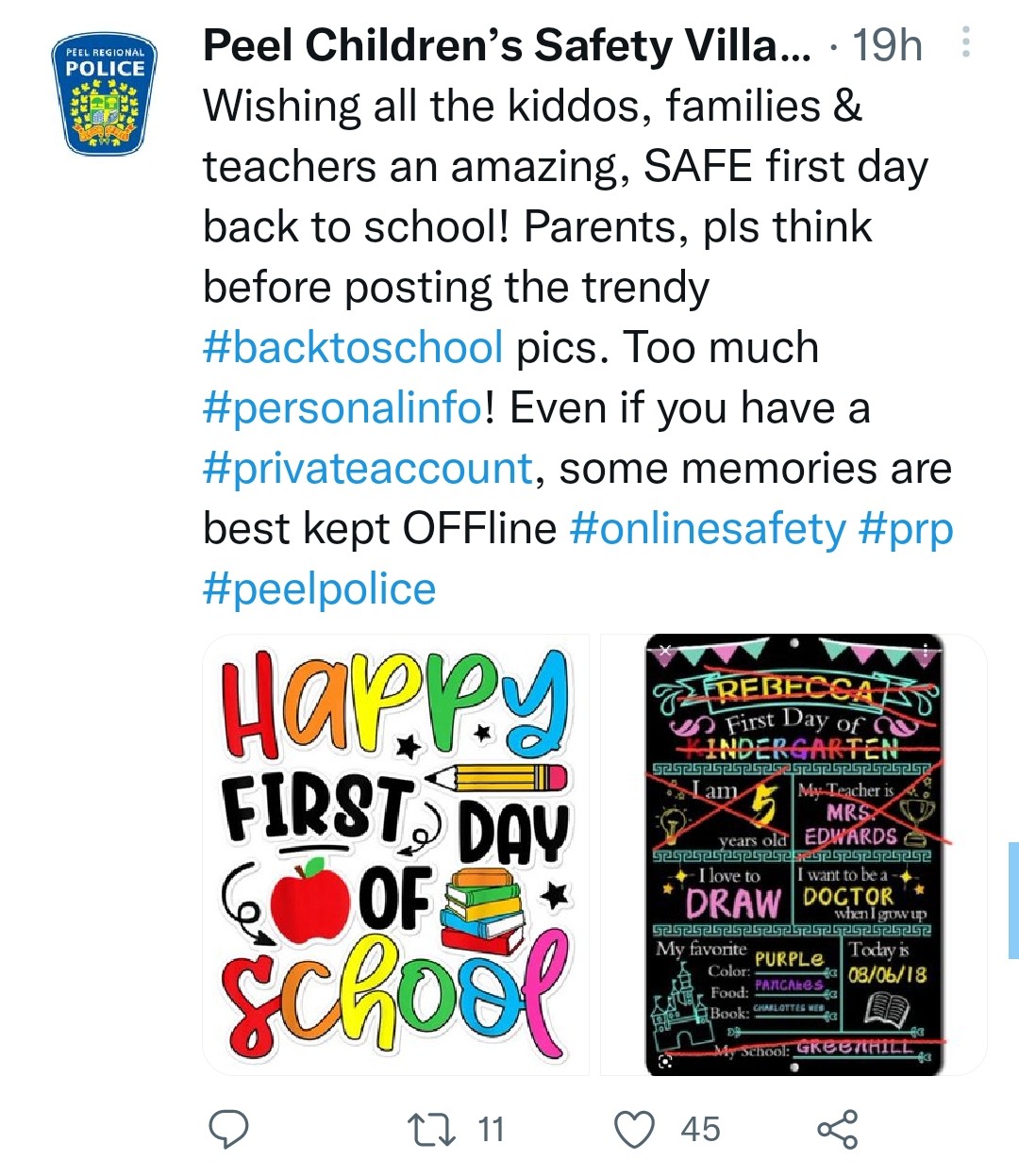 Although they are employing a zero-tolerance policy in that attempt, the police are balancing their enforcement campaign for school safety with more driving education messages.

This week, officers will be present in school zones to enforce traffic laws related to seatbelt use, distracted driving, speeding, and school bus regulations.

Speed limits in school zones are 30 km/h, police and the City of Mississauga advise drivers.

Do you know about all the signs that are posted near school zones. @officeryake explains some of the common signs in our Region. #drivesafe #schoolzonesafety pic.twitter.com/qCAdbzPlQN

Peel police Road Safety Services officers tweeted last week, “School is about to start and our officers will be out in full force.”

“Please be aware of your surroundings. (The) Peel Regional Police Back to School Campaign will see more officers within designated school zones enforcing the rules of the road.” 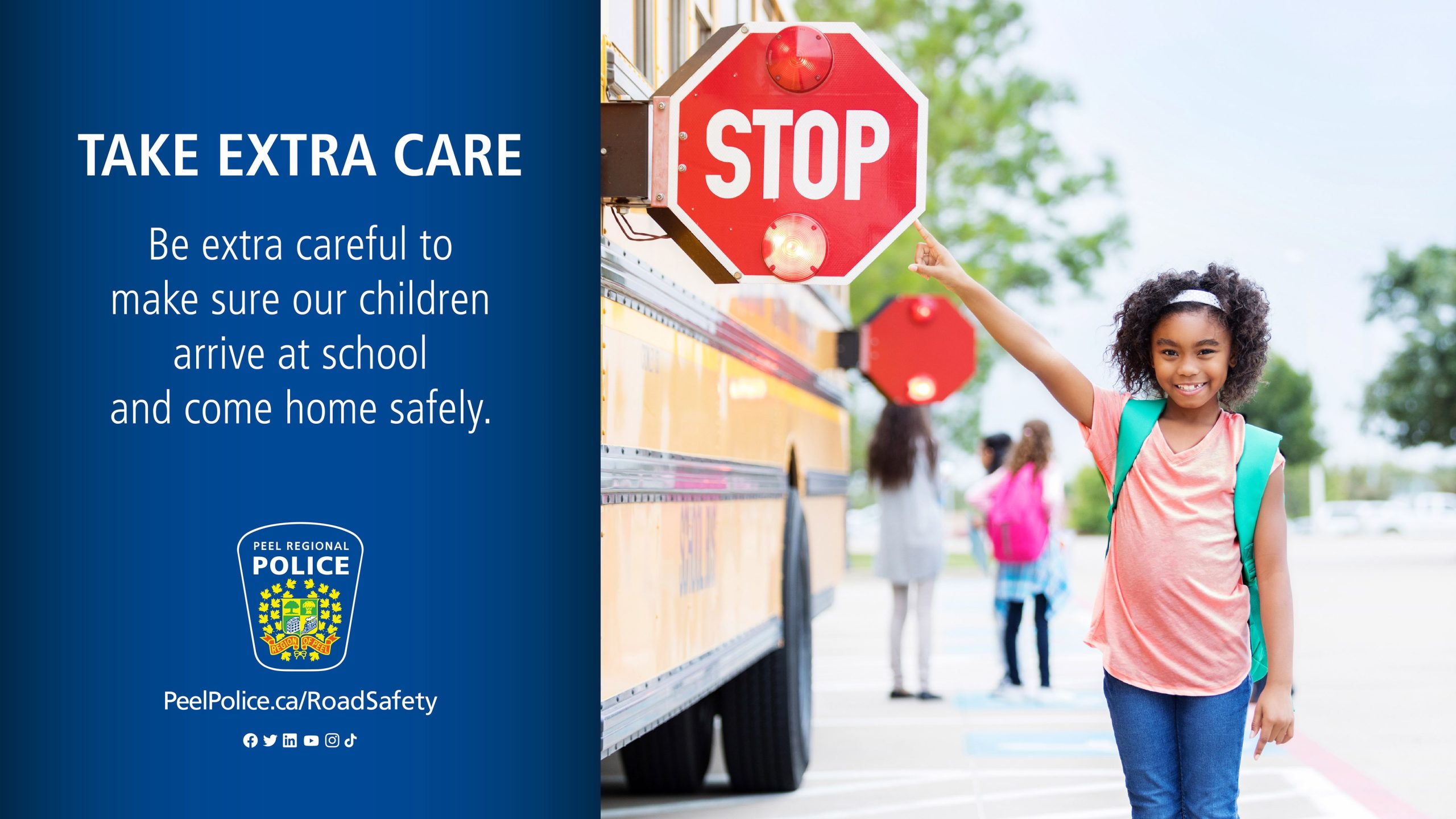 The number of drivers who ignore the flashing signals of stopped school buses has become a source of particular worry over time.

Police remind drivers that after a school bus has stopped and activated its flashing red lights, all following or approaching cars must come to a complete stop before reaching the bus.

A first-time offender faces a punishment of $400 to $2,000 for disregarding the flashing red lights and stop arms and driving past the stopped bus. Six demerit points may also be taken away for first offences. Drivers who commit further offences risk being fined up to $4,000, receiving six demerit points, and spending up to six months in jail.