NDP Leader Jagmeet Singh said he and his team were not aware of the allegations of inappropriate conduct against caucus member Christine Moore, despite the complainant’s claim that it was an open secret in Ottawa. 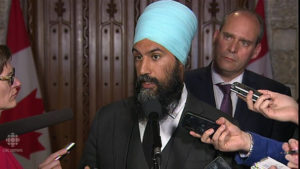 Afghanistan veteran Glen Kirkland told CBC Moore approached him after his testimony before a parliamentary committee five years ago and invited him to her office, where she gave him alcohol — then followed him back to his hotel and later sent him explicit messages. 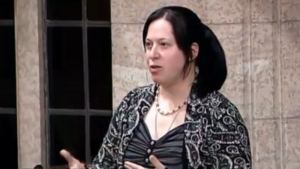 Kirkland alleges Moore, a nurse, offered him gin even after he told her he was taking antidepressants and painkillers, and was not supposed to be drinking. 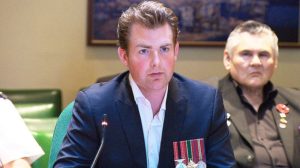 He said what happened next was consensual but he felt he would not have been in that situation if Moore hadn’t been a member of Parliament.

He said,”She took advantage of her position.”

Singh said he only learned of the allegations this week.

Singh said, “Knowing about a relation is one thing, knowing about the specific allegations that were brought forward by the CBC specifically outlining some impropriety, that was absolutely unknown to me, unknown to the team the impropriety of it.”

He also said that  he was unaware of any relationship between Kirkland and Moore.

Two men are dead and two others have life-threatening injuries after a suspect or suspects opened fire on a rented vehicle in Etobicoke early Friday morning.Toronto police say four men were in the area when […]