Jaskirat Sidhu semi driver made appearance in a Saskatchewan courtroom Tuesday morning after being charged in the fatal Humboldt Broncos bus crash. 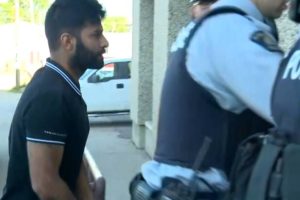 16 people were killed and 13 others injured when the Bronco’s team bus and a semi collided at an intersection in eastern Saskatchewan on April 6.

Sidhu was arrested on July 6 at his Calgary home and appeared Tuesday in Melfort provincial court.

He has been released on $1,000 bail with a number of conditions: he must reside at his Calgary home, follow a curfew, is under a driving ban, and must surrender his passport.Sidhu is scheduled to be back in court on Aug. 21.

The charges were laid following an extensive RCMP investigation.