32 year old, Jaspreet Singh, a Sikh truck driver was shot at on May 12 in the United States has died of his injuries. He was taken off a ventilator May 22 and proclaimed dead.

Singh had been living in the US for about eight years. He belongs to Nadala village near Kapurthala in Punjab. 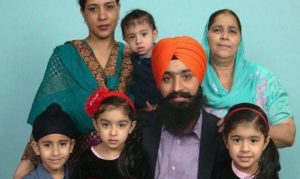 Jaspreet Singh was shot at by Broderick Malik Jones Roberts while sitting in his car in Ohio’s Monroe city. 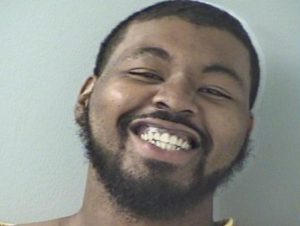 Advocacy group The Sikh Coalition said no evidence has been released to suggest there was any bias involved in the incident. The group’s legal team has been in contact with relevant authorities in Cincinnati and continues to monitor the case.

According to police reports, Singh was in his car late evening May 12, on the night he was shot by suspect Broderick Malik Jones Roberts, 20. He suffered a gunshot wound to the upper torso.

Roberts was initially held on $125,000 bail at Butler County Jail; his bail amount has now increased to $1 million.

Butler County, Ohio Prosecutor Michael Gmoser said that he would not speculate on a motive for the heinous crime. He did note that Singh wore a turban, but added there was no evidence that Roberts shot Singh because he wore a turban. He said, “There is no indication that this case was racially motivated.”

Gurbinder Singh, director of United Sikhs, which is helping the family with financial and legal support, said that there was no evidence of robbery: no money or anything else was taken. Citing police reports, Singh said Jaspreet Singh was shot from behind and was found in his vehicle. Singh said that on the night of the incident, Jaspreet Singh had been invited to a friend’s home.

Asked if this might have been a racially-motivated attack, Singh said it was too early to determine if the incident was a hate crime. “Hate crimes are always very difficult to prove,” he said.

American Sikh Council (ASC) Vice-President Jasbir Kaur stated, “We request all the Gurdwaras and especially those that are in the state of Ohio to provide any and all support and assistance to the family in their time of dire need.”