Sri Lanka’s Supreme Court on Friday stayed till October 29 the execution order passed by President Maithripala Sirisena against four drug convicts, ending a four-decade-long moratorium on the capital punishment in the country. 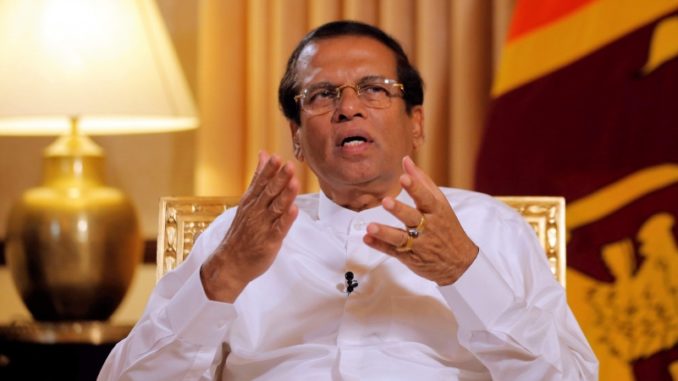 The apex court’s order came after it took into consideration a number of petitions filed against the president’s order, that termed the order as a violation of the fundamental rights of the convicts.

There are 11 such petitions filed in various courts.

One such petition was filed by M A Sumanthiran, a lawyer, claiming that Sirisena’s decision impinges on the rights of one of the drug convicts.

“The case argument was that hanging would be a cruel and degrading treatment”, he said.

Meanwhile, Chief of the Prisons Department H M T Tennakoon, earlier in the day informed the Court of Appeal that they are yet to receive details of the time, date and place of the executions.

He was appearing in the court on a petition filed by one Malinda Seneviratne against the execution order.

The court has scheduled July 17 as the next date to decide whether the petition be rejected based on the preliminary objections raised against the plea.

However, Tennakoon also informed the court that it will not execute anyone until the next hearing on the petition, which was filed on June 28 seeking an interim order preventing the implementation of the death sentence.

Sirisena drew flak from his countrymen as well as the international community since he passed the order despite Sri Lanka having become a party to the UN moratorium on death penalty and voting in favour of the moratorium just six months back.

Sri Lankan Prime Minister Ranil Wickremesinghe said he and his United National Party (UNP) are opposed to the capital punishment.

The British government in a statement condemned the move, saying the decision would have implications on many areas including counter-terrorism cooperation.

Sirisena accused the European Union of challenging Sri Lanka’s sovereignty by threatening with tariffs if capital punishment is re-introduced in the country after 43 years.

He also claimed to have turned down a telephonic call by UN Secretary-General Antonio Guterres to reconsider his decision to reintroduce death penalty.

The French National Assembly has passed a tough new immigration law that tightens the rules around asylum. The bill shortens asylum application deadlines, doubles the time for which illegal migrants can be detained, and introduces […]

The US military has banned all soldiers stationed in Japan from drinking alcohol after one of its servicemen was involved in a deadly crash on Okinawa island linked to drink driving.The military also announced “mandatory […]

Powerful earthquake with 7.3 magnitude has  killed more than 400 people in the once-contested mountainous border region between Iraq and Iran. The worst damage appeared to be in the Kurdish town of Sarpol-e-Zahab in the […]