Surrey RCMP released crime statistics show that in the three months (July to September), the Criminal Code offences increased six per cent in comparison to the previous three months. 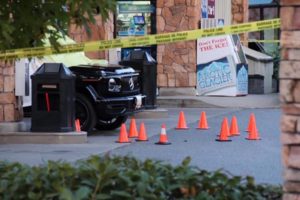 “While I am disheartened by the latest crime statistics released today, it does not come as a surprise to me,” McCallum said in a statement. “Over the last year, I have spoken to many members of our community. From residents to business owners, the one message that I have constantly heard is that people continue to feel unsafe in our city. Unfortunately the third quarter crime statistics backs up what the people of Surrey have been telling me.”

Surrey RCMP is asking for the public’s assistance in identifying a man that is alleged to have groped staff at a business in the Guildford area. On September 15, 2019, staff of a business in […]

SURREY RCMP announced that they have arrested nine people and seized illicit drugs, cash, and a handgun as a result of a targeted investigation into drug trafficking and gang activity. Surrey RCMP’s Community Response Unit, […]