Manitoba has reduced the cut-off ranking score for Express Entry candidates to its lowest point yet in a new draw from its Expression of Interest pool on July 6.

A total of 202 Express Entry candidates were issued Letters of Advice to Apply (LAAs) for a provincial nomination from Manitoba in the July 6 draw, which was the sixth since the Manitoba Provincial Nominee Program (MPNP) introduced its Express Entry-linked Skilled Workers Overseas sub-stream in January.

The MPNP said the Express Entry candidates who received an LAA had “a valid Express Entry ID and job seeker validation code, and at least six months of recent experience in an occupation on Manitoba’s In-demand Occupations list.”

Eligible Express Entry candidates must also have the confirmed support of a close friend or relative who has resided in Manitoba for at least one year, among other criteria. 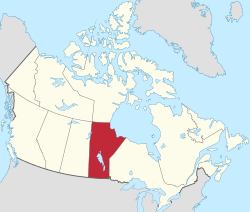 Express Entry candidates who apply for a provincial nomination and receive one are awarded an additional 600 CRS points.

Registering an Expression of Interest, or EOI, with the MPNP is the first step toward being considered under its Express Entry Sub-stream.Skilled Workers Overseas / Skilled Workers in Manitoba candidates also invited

The MPNP also issued a further 217 LAAs to other Skilled Workers Overseas candidates outside the Express Entry system. The cut-off EOI score for this group was 572.

Manitoba also issued 32 LAAs to Skilled Workers Overseas candidates with a score of at least 639 under one of the MPNP’s Strategic Recruitment Initiatives.

Recruitment missions: These overseas employment/immigration fairs involve MPNP representatives interviewing foreign skilled workers and subsequently inviting them to apply after they have made a formal Expression of Interest (EOI) to the MPNP.

Exploratory visits: The MPNP may invite people who have undertaken a pre-approved Exploratory Visit and passed an interview with a program official.

Another 104 Skilled Workers in Manitoba candidates with scores of at least 564 were issued LAAs in the July 6 draw.

Gurnam Bhullar shared a video on his Instagram account revealing that he’ll be live on Canada Day Mela & Truck Show. Punjabi singer is coming live on 1st July along with Jugraj and Davinder to […]