Jeff Freiheit, a Manitoba teacher who went missing while hiking in the German Alps, has been found dead, his family has confirmed. He was 32.

Freiheit’s family last heard from him on Aug. 2, shortly before he set out to hike a five-kilometer stretch of rugged trail just north of the Austrian border.

Freiheit’s sister, Amanda Devigne, said her brother was found at the base of Brauneck mountain by his mother and his best friend, who had travelled there to search for him. He’d fallen about 60 meters. The pair were accompanied by a group of volunteer searchers.

Devigne said she and her family are “forever grateful” to the strangers who treated Freiheit and her family like it was their own family they were looking for. 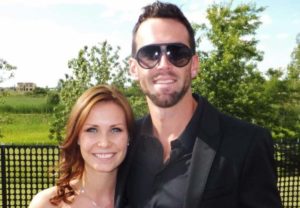 Rich Manfield said any hike in the Alpine region is inherently dangerous, but that the area where Freiheit was found is sometimes underestimated as the mountains are smaller.

“But they are certainly very serious. And I think that ridgeline, for me as a rock climber, is pretty precarious. I’ve been on it once and found it quite uncomfortable,” he said.

“It just takes one small slip, and if you can’t recover from that slip, you’re in grave trouble.”

Freiheit’s body was found in thick brush at the base of the mountain. Searches up until that point had focused on another area of the trail further south, based on information about a possible sighting of Freiheit in the Jachenau region of Germany.

Manfield said it was an experienced wilderness expert Susanne Williams, who is originally from Amsterdam but lives in Jachenau, who encouraged everyone to double back to the Brauneck region, which is where Freiheit was last seen on social media. He’d posted a video of himself to Instagram after climbing a hill in record time — rather than taking the cable car — to the Brauneck Panorama restaurant.

The ridgeline above the spot Freiheit was found is no more than three kilometers from the area where the video was taken, according to Manfield.

Though finding Freiheit dead is obviously very sad for the family and searchers, there was also some relief, he said.

“I know really, it’s very hard for the family at this stage, but at least they have a little bit of closure,” he said.