In light of the high rise in incidences of hate crimes, sectarian violence, and anti-Indian activities in Canada, the Indian government issued a warning to its citizens on Friday. 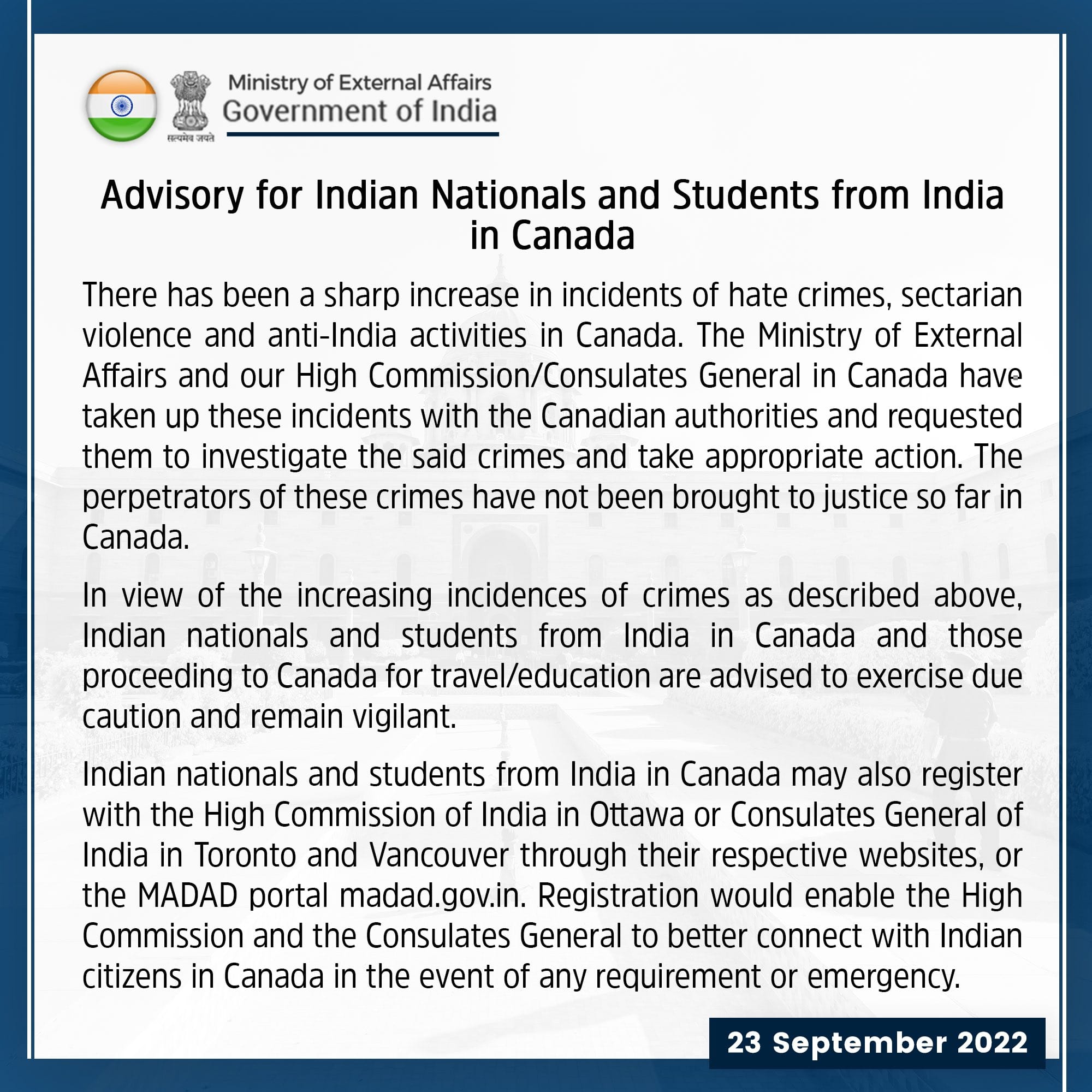 “There has been a sharp increase in incidents of hate crimes, sectarian violence and anti-India activities in Canada. The Ministry of External Affairs and our High Commission/Consulates General in Canada have taken up these incidents with the Canadian authorities and requested them to investigate the said crimes and take appropriate action. The perpetrators of these crimes have not been brought to justice so far in Canada,” According to a statement from the Ministry of External Affairs.

Given the rising number of crimes, the MEA warned Indian nationals and students from India in Canada, as well as those travelling to Canada for travel/education, are recommended to exercise appropriate caution and maintain vigilance

According to the MEA, Indian citizens and students studying in Canada may also register through the Indian High Commission in Ottawa, the Indian Consulates General in Toronto and Vancouver, or through the MADAD portal at madad.gov.in.

“Registration would enable the High Commission and the Consulates General to better connect with Indian citizens in Canada in the event of any requirement or emergency,” it was noted.

In the midst of a diplomatic dispute between India and Canada over the recent conducting of a phoney referendum by “pro-Khalistan” groups on forming an independent country for Sikhs, the external affairs ministry issued the advice.