Canada voted for the 43th general elections. Results have been announced on most of the seats indicating a minority government in Canada. according to the projections, Trudeau will form the government once again.

What leaders has to say!

“We will keep fighting across this country,” said Green Party leader Elizabeth May. “In a minority government we can make a huge difference and we will.”

Speaking about the climate change, May said,” We will not allow the parliament of Canada in its 43rd session to let down the children of Canada.”

“This is the best result that any Green Party in any first-past-the-post parliamentary system has ever had,” . “I guess the phrase is holding the feet to the fire, there will be crispy toes,” she said. 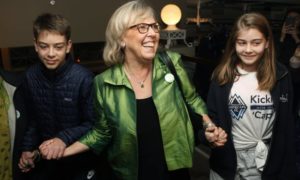 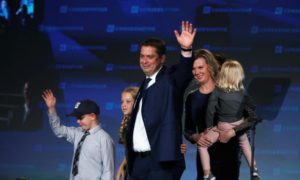 Speaking about the results, leader of Conservative party of Canada, Andrew Scheer said, “when Justin Trudeau looked unstoppable, when pundits said that this was the beginning of another Trudeau dynasty and he had eight of 15 years ahead.”

On Liberals losing 20 seats, Scheer said it clearly shows  that the “Conservatives have put Trudeau on notice”.

“Mr Trudeau, when your government falls, Conservatives will be ready and we will win.”

“More Canadians wanted us to win this election than any other party!” said Scheer. “This is how it starts! We are the government in waiting.” 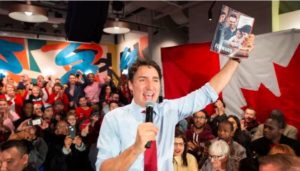 “We will work hard for you, your families and your family.” said Liberal Party leader Justin Trudeau.

“You have asked us to invest in Canadians, to reconcile with the indigenous people and make it a priority and to show even more vision and ambition where we are fighting against the biggest challenge of our times – climate change. It is exactly what we will do, we know there is a lot of work to do, but I give you my word, we will continue what we started.

“Liberals know, as all Canadians know, it is always possible to do better.”

“We all want safer communities, a cleaner planet and a better quality of life. We seek hardship for none and prosperity for all, and if we unite around these common goals, I know we can achieve them. In the years ahead, our team will work hard to build on the progress

“We will champion Canada in all its diversity,” he says. “We will always put this country and its people first.”

Thank you, Canada, for putting your trust in our team and for having faith in us to move this country in the right direction. Regardless of how you cast your vote, our team will work hard for all Canadians. 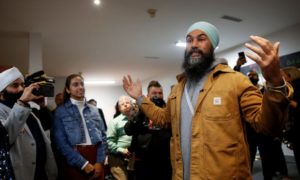 “The real winner of this election is not a leader or a party, the real leader of any election should be the people and that is Canadians,” said NDP leader Jagmeet Singh.

“Canadians have sent a clear message tonight that they want a government that works for them, not the rich and powerful, not for the well-connected.”

The winner of this election is not a leader or a party – the winners should be Canadians.

They want a government that works for them. Not the rich and the powerful. #ElectionDay #elxn43

What a night – and what an unforgettable journey this campaign has been.

With our new NDP caucus in Ottawa, I’m incredibly excited to continue our critical work to achieve the priorities that we’ve heard from people across this country. #elxn43 #ElectionDay

Jagmeet Singh takes on money launderers and housing speculation VANCOUVER—More affordable homes and a real plan to fight the climate crisis are at the heart of a New Deal for B.C. unveiled today by NDP […]

Liberal candidate from Brampton South wins again and paints the riding red. She was elected in 2015 as MP in the same riding. Her main opponents were Ramandeep Brar from conservative party and Mandeep Kaur […]