Peel Paramedics report that Davion Dawns, a missing five-year-old boy from Brampton has been found and has a life-threatening head injury. 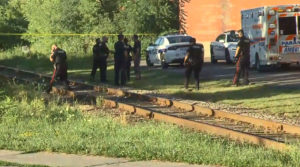 The boy found just before 7 a.m. Thursday close to the train tracks. He was reported missing in the McHardy Court and McMurchy Avenue area, near Queen Street and McLaughlin Road.

The boy was put in an ambulance and was rushed to hospital. His mother ran to the area where her child was found and collapsed as officers held her back from the ambulance. Family and friends were consoled by officers before heading to hospital. 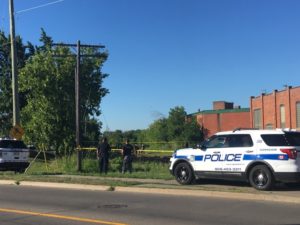 According to police, the boy’s mother last saw her son at 2 a.m. But when she woke up later, her son was gone and the front door was open. Police were called just after 6 a.m.

Jaspal Uppal: 3rd suspect identified in beating of man with autism in Mississauga

Peel police have identified the third man as Jaspal Uppal, wanted in connection with a viscous attack on a man living with autism. It happened at a Mississauga bus terminal back in March. A video […]

Van truck collision on southern Alberta highway : 4 dead, 6 injured Last day, emergency crews responded to a call at 7 am to a location near the Old Man River crossing. It was following […]