A Quebec judge has ruled that a Mohawk community’s so-called “marry out, get out” law is unconstitutional.

Mohawk (Mohawk: Kanien’kehá:ka, “People of the Flint”) are Aboriginal peoples in North America. 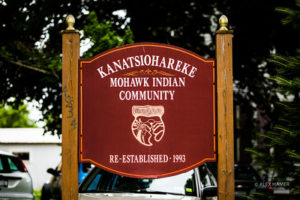 The case was heard in court last year over a rule commonly referred to as “marry out, get out,” which states that anyone who marries a non-Indigenous person must leave the territory.

The judge said the “Marry Out, Get Out” provision of the Kahnawake Membership Law is “largely (if not solely) grounded in a stereotypical belief that non-native spouses will use the resources and land of the Band in a way that is detrimental to it and that will have a negative impact on the ability of the Band to protect its culture and its land.” 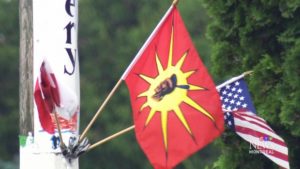 A group of 16 plaintiffs banded together to challenge the membership policy in Kahnawake, a Mohawk territory just south of Montreal.

The rule has been around for more than three decades and the council argued in court it was “theoretical” and no one has ever been removed by force from the territory.

But the judge said in his ruling it was clearly demonstrated that people’s lives had been affected.

The Mohawk Council of Kahnawake, the defendant, said it needs time to study the decision.

The Canadian government is investing $53.7 million in MDA’s robotic technology as part of the federal government’s long-term-commitment to the International Space Station (ISS) and preparation for the next steps in deep-space exploration. Innovation, Science […]

Expression Matters! Celebrate Citizenship Week by reflecting on what it means to be a Canadian.

Thanksgiving Monday Marks Beginning of Citizenship Week celebrated across Canada from October 9 to 15, 2017. Marking Canada 150, Canada’s Minister of Immigration, Refugees and Citizenship, Ahmed Hussen is inviting citizens to be a part […]